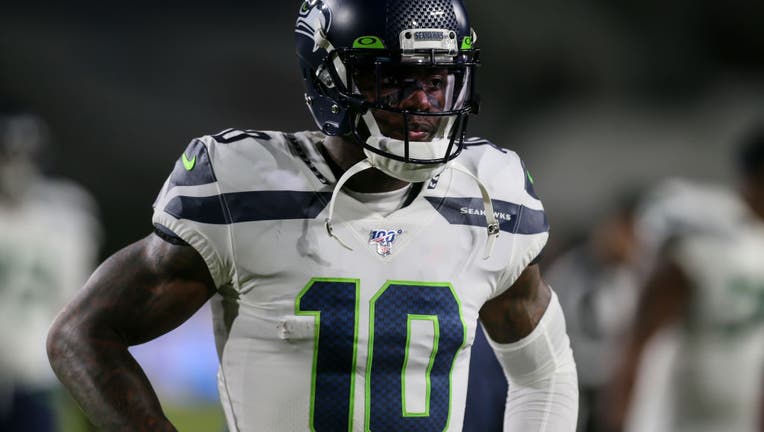 NEW YORK - The conditional reinstatement of wide receiver Josh Gordon has been rescinded by the NFL, and Gordon is once again under suspension.

The change in Gordon’s status was listed on the NFL’s official transactions on Friday.

Gordon was signed by the Seattle Seahawks in September despite being under an indefinite suspension. That suspension ended in early December when Gordon was conditionally reinstated by Commissioner Roger Goodell. He was allowed to begin strength and conditioning work with the Seahawks staff, and attend meetings. He was expected to be eligible to play the final two weeks of the regular season.

But that never took place. Gordon was placed back on the commissioner’s exempt list in Week 16. Seattle expected Gordon to play at the start of Week 16, only to see his status change a couple of days later.

"Certainly disappointed not to have him for his sake and for a lot of things, but we’ll stay with it and we’ll see what happens next week," Seattle coach Pete Carroll said at the time.

Gordon will be an unrestricted free agent this offseason.

Gordon was suspended in December 2019 for violating the league’s drug policy. He tested positive for performance enhancers and "substances of abuse," the league said in a statement at the time.

It was the eighth time overall Gordon had been suspended by either his team or the NFL, including six times since 2013, mostly for violating the league’s policies on banned substances.

Gordon appeared in five games during the 2019 season with Seattle after beginning the year with New England and playing in six games for the Patriots.