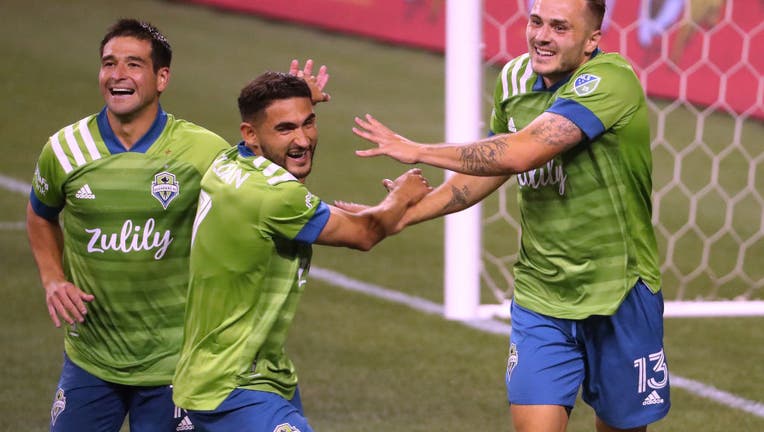 SEATTLE, WASHINGTON - AUGUST 30: Jordan Morris #13 celebrates with Cristian Roldan #7 (middle) and Nicolas Lodeiro #10 of Seattle Sounders after scoring his second goal of the night to take a 3-0 lead against Los Angeles FC in the second half at Cent

Seattle Sounders forward Jordan Morris and midfielder Cristian Roldan both have been added to the roster of the U.S. Men's National Team for the summer international window.

Morris and Roldan will be with the team for a pair of international friendlies against Morocco and Uruguay and a pair of CONCACAF Nations League matches against Grenada and El Salvador.

The USMNT will face Morocco on June 1 in Cincinnati and Uruguay on June 5 in Kansas City. The CONCACAF match against Grenada will be on June 10 in Austin with the team then traveling to face El Salvador in San Salvador on June 14.

Morris, 27, made six appearances with the club during the USMNT’s successful World Cup Qualifying campaign. Morris has started 19 of his 46 career international appearances since his debut in 2014, scoring 10 goals.

Roldan, 26, has started 14 of his 31 career international games with five appearances during the USMNT’s successful World Cup Qualifying run. He debuted with the team in 2017 in the CONCACAF Gold Cup.

The call-up will force Morris and Roldan to miss just one game with the Sounders as the team is scheduled to face the Vancouver Whitecaps on June 14 in Seattle. The team also plays four days later against LAFC at home.