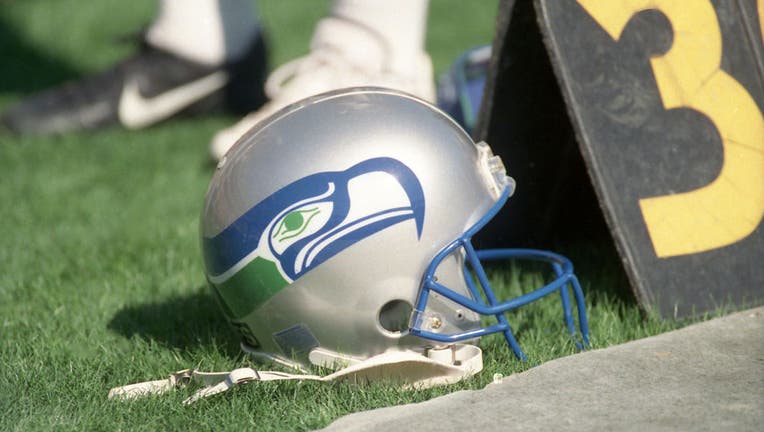 John Thompson, the first general manager of the Seattle Seahawks, died earlier this week at the age of 95, the team announced on Wednesday.

Thompson's son, Mike, told Bob Condotta of The Seattle Times that Thompson died on Tuesday morning in Las Vegas. A cause of death was not yet available.

Thompson was hired by the team in 1975 and helped lead the team into its inaugural season in 1976. He oversaw the hiring of Jack Patera as the team's first head coach and was a part of selecting the nickname and colors for the new franchise.

A South Bend, Wash. native, Thompson attended the University of Washington before becoming a sports information director for the school. He later moved to the NFL where he ran the public relations department for the Minnesota Vikings for 11 years when they entered the league as an expansion franchise in 1960.

Thompson moved into a role as the first full-time executive director of the NFL Management Council in 1971 before joining the would-be Seahawks in 1975.

Thompson would be named NFL Executive of the Year by The Sporting News in 1978 after Seattle managed a 9-7 season in their third year of existence.

Thompson and Patera were later fired in 1982 amidst a strike from the NFL Players' Association after the team's successes waned.

"He was wearing a Seahawks hat right up until his last days," Mike Thompson told The Seattle Times. "He had fond memories."

The Seahawks released a statement in the wake of Thompson's death.

"We remember and honor John Thompson following his passing this week. Thompson served as the team's first general manager from 1975-82. He oversaw the hiring of Jack Patera, grew the season-ticket base to 59,000 for its inaugural season in 1976, and aided in the selection of the team's nickname and colors.

"Thompson's background in sports as sports information director at the University of Washington, being the first PR director for the expansion Minnesota Vikings and the first full-time executive director for the NFL Management Council made him the perfect candidate to begin an NFL franchise.

"The Seahawks extend our condolences to his wife, Mimi, and three children, Rick, Mike and Kathi."