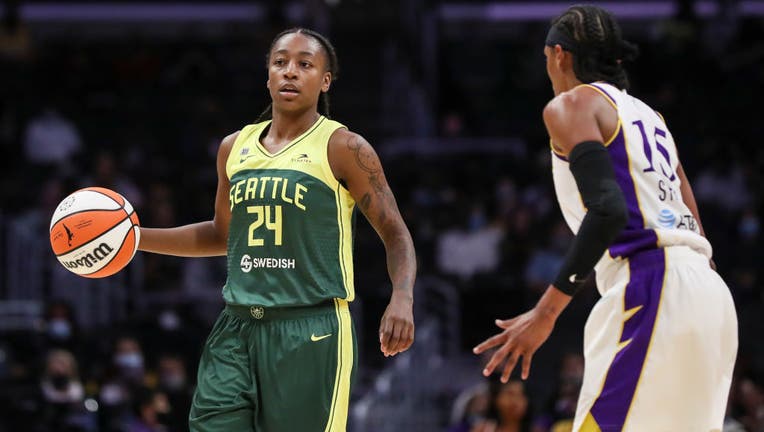 SEATTLE - Jewell Loyd is staying in Seattle and Breanna Stewart will be returning, too, a person with knowledge of the situation told The Associated Press.

"Jewell is a special talent with a tremendous work ethic and having her back greatly improves our chances of contending for a fifth championship," said Storm coach Noelle Quinn. "Last season, she evolved into an elite defender, combining with her offensive firepower to solidify why she’s among the best in the league."

The person spoke on condition of anonymity Monday night about Stewart because no official announcement has been made.

Stewart will sign a one-year deal for the supermax salary of $228,094 with the Storm. That potentially gives her one more season with point guard Sue Bird, the WNBA’s all-time assist leader who announced on social media that she’d return for one more year.

Tuesday was the first day that players could officially sign with teams.

The Storm won the 2018 and 2020 championships with that same core group of players and were poised to make another run at the title before Stewart got hurt late in the regular season and missed the overtime playoff loss to Phoenix.

Stewart underwent surgery for a minor repair and reinforcement of the Achilles tendon in her left leg in October. She missed the 2019 WNBA season after an Achilles injury she suffered while playing overseas.

Yahoo! Sports was the first to report Stewart’s signing.