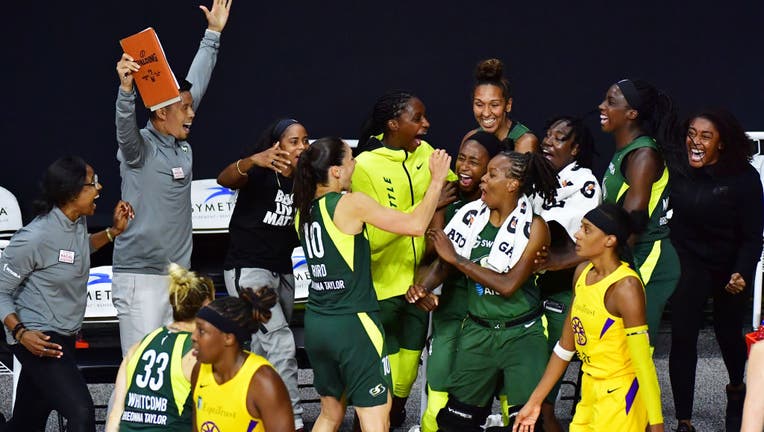 Jewell Loyd made a 3-pointer off an inbounds pass with 0.8 seconds left to give the WNBA-leading Seattle Storm a 90-89 victory over the Los Angeles Sparks on Friday night.

Chelsea Gray went 1 of 2 from the free-throw line with 20.8 seconds left to give Los Angeles an 87-85 lead. It was just her second miss from the stripe this season in 41 attempts. After a timeout, Breanna Stewart drove the lane and scored on a left-handed layup to tie it.

Riquna Williams was left alone under the basket and was fouled by Stewart before making two free throws with under a second left. Seattle advanced the ball to mid-court and Sue Bird delivered the winning assist to Loyd in the corner.

Loyd finished with 25 points, going 2 of 7 from distance, for Seattle (15-3). Stewart had 20 points, eight rebounds and nine assists. Bird had 10 points and seven assists.

Candace Parker had 25 points, seven rebounds and six assists for Los Angeles (13-5). Nneka Ogwumike did not play and Gray finished with 18 points.