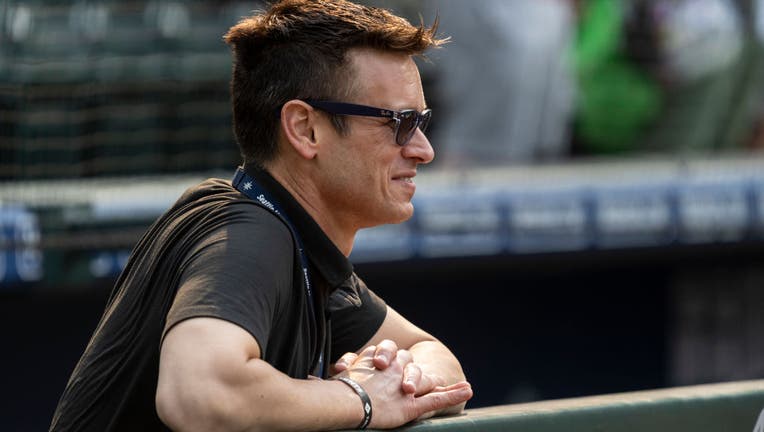 "We want to add some impact to our offense and believe that, minimally, we want to go get one impact bat, whether that's free agent or trade remains to be seen. And if we can manage to swing both we'd like to get two," Dipoto said to reporters on Friday.

Baseball is scrambling to get into training camps now that a three-month lockout is in the rearview mirror. An agreement between owners and players on a new collective bargaining agreement on Thursday ended the lockout after 99 days. Teams have been restricted from speaking to players since the lockout went into effect on Dec. 2.

Dipoto said that they will be seeking options at third base, left field, and designated hitter.

"Ideally, we could find someone who can help with center field, but what we're seeing from Kyle Lewis, the work that I know Jarred Kelenic did this offseason, and the potential for Julio Rodriguez even playing some center field for us are all real possibilities, so that lessens the immediate need for a center fielder," Dipoto said.

Abraham Toro is currently penciled in as the replacement for Kyle Seager at third base. Seager announced his retirement after the season as the Mariners were intent on going a different direction at the position.

Kyle Lewis, Jarred Kelenic and Mitch Haniger return as the top options in the outfield. However, Lewis appeared in just 36 games last season due to ongoing issues with a bone bruise in his right knee. Uncertainty over his availability – and long-term durability – would make adding to the position group a logical play.

While Dipoto's contact with Lewis has been limited, he said they are happy with where he's at as the team reports for spring training.

"We've gotten positive reports, but we won't know until we see for certain. We're really excited about where Kyle Lewis is right now just based on the feedback he's provided, what we've learned from his rehab professionals, and what we've seen on video of his baseball workouts. He appears to be full-go and ready to play," Dipoto said.

Lewis would be an option at designated hitter as a way of reducing wear-and-tear moving forward if they were able to add another outfielder to the mix.

Dipoto said they still have payroll flexibility to add to the roster.

"We've been very active that at the top end of the free agent market, and we've been very active and checking in with established veteran players that might be available via trade. So we have committed to adding payroll to our roster. We have the flexibility to do it, and frankly we've already done some of that and don't intend to stop," Dipoto said. "So if the players line up, we have the flexibility. It takes two to tango. We have to find the right player or the right trade match. But we do have the financial flexibility."

Dipoto said they could add to the pitching staff as well. However, he said that it's more likely they'd try to find high-end starting pitcher as they don't want to lessen the opportunities available for younger starters such as Matt Brash or George Kirby at the back-end of the rotation.

"We have a lot of young pitching that can contribute sooner than later, which likely results in us focusing on mid-rotation to higher-end starters if we're going to do anything in our starting rotation. But we're probably not inclined to focus on adding a back of the rotation starter," Dipoto said.

"Plan A and B is improving our offensive efficiency and run scoring. Those are the first phone calls we made outgoing last night and this morning is to re-engage with those players or those teams."