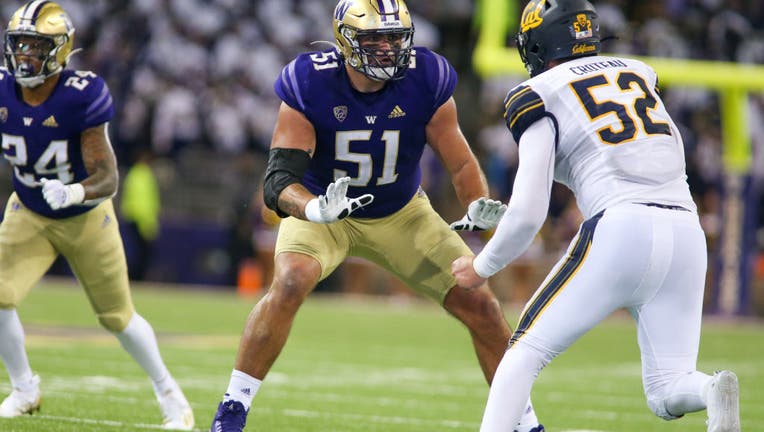 SEATTLE - Jaxson Kirkland announced he will be returning to the University of Washington for a sixth season of eligibility with the football program on Thursday.

Kirkland, 23, had declared for the NFL Draft after the season only to withdraw from consideration after needing surgery on an injured ankle. Kirkland petitioned the NCAA for an extra season of eligibility and enrolled in classes this spring. Kirkland had surgery in February performed by Green Bay Packers team doctor Robert Anderson, who is a noted foot and ankle specialist.

"The atmosphere and the 70,000 faithful in Husky Stadium mean everything to me," Kirkland said in his video. "Words cannot describe how much it would mean to me to step back on this field and put the purple and gold on with my brothers one more time. Getting that opportunity would allow me to leave this program on my terms."

In his embrace with DeBoer he stated "let's get to work."

"It's going to be awesome," DeBoer replied.

Kirkland has started 38 games during his career at Washington split between left tackle and right guard. He was named to the All-Pac-12 team in each of the last two seasons.