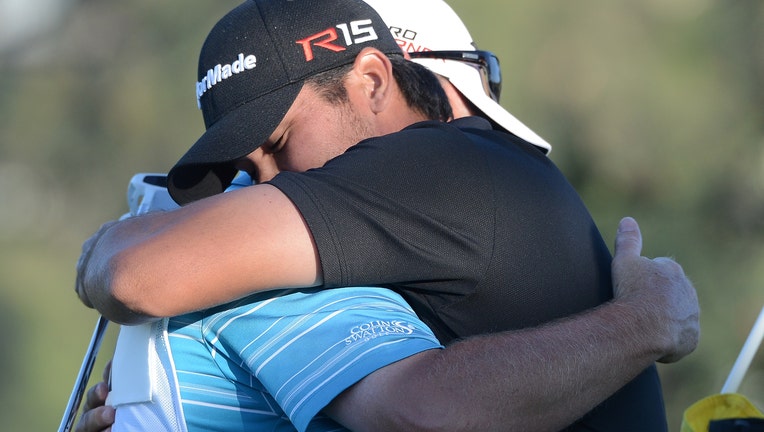 LA JOLLA, CA - FEBRUARY 08: Jason Day (R) of Australia celebrates witt his caddie after his victory on the second playoff hole during the final round of the Farmers Insurance Open at Torrey Pines South on February 8, 2015 in La Jolla, California. (Ph

Day and J.B. Holmes each made birdie on the 18th in the playoff, eliminating Scott Stallings and Harris English. Day closed with a 2-under 70 for a 9-under total.

He's No. 4 in the world rankings following his third PGA victory.