Goff suffered a right thumb injury in Week 16 against the Seahawks and underwent surgery. Goff returned to practice this week, but Rams coach Sean McVay has not said whether it would be Goff or John Wolford that starts.

Just before the game, FOX Sports reported that Wolford would start the game.

Third-string quarterback Blake Bortles was inactive for the Rams.

Seattle was without backup running back Rashaad Penny, but defensive tackle Jarran Reed (oblique) and cornerback Shaquill Griffin (hamstring) were both active after being listed as questionable. 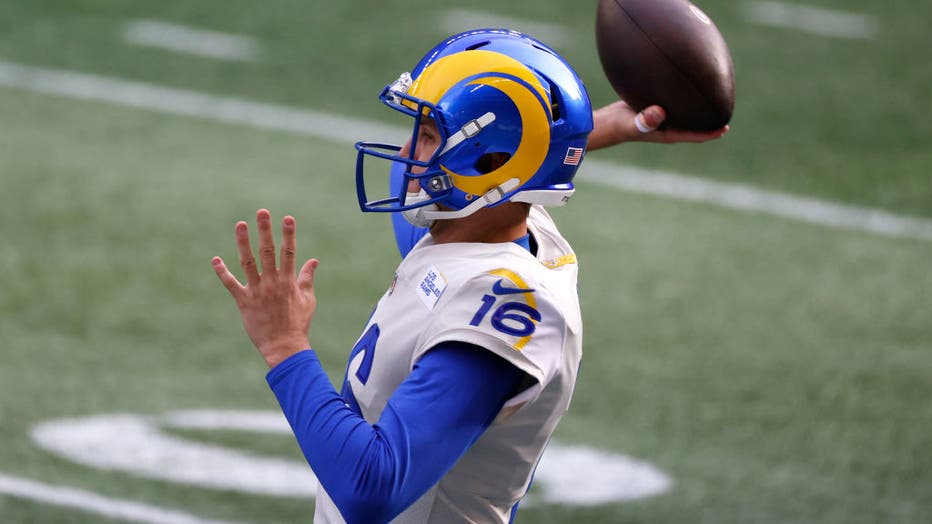 SEATTLE, WASHINGTON - JANUARY 09: Quarterback Jared Goff #16 of the Los Angeles Rams warms up prior to the game against the Seattle Seahawks at Lumen Field on January 09, 2021 in Seattle, Washington. (Photo by Steph Chambers/Getty Images)