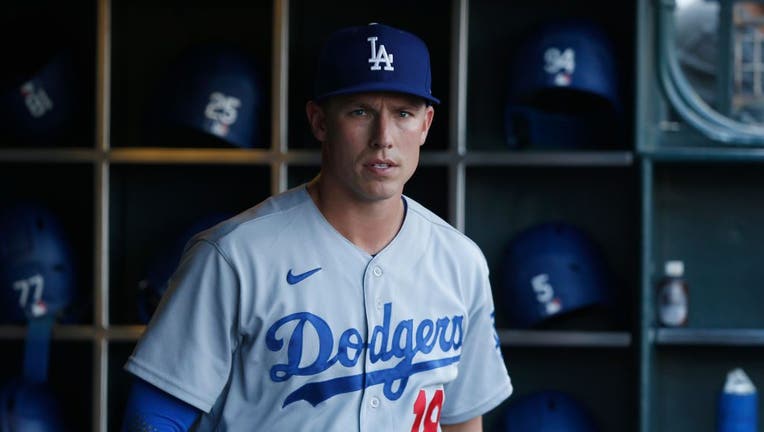 SAN FRANCISCO, CALIFORNIA - AUGUST 01: Jake Lamb #18 of the Los Angeles Dodgers looks on from the dugout before the game against the San Francisco Giants at Oracle Park on August 01, 2022 in San Francisco, California. (Photo by Lachlan Cunningham/Get

The Seattle Mariners have added outfielder Jake Lamb to their roster after Tuesday's trade with the Los Angeles Dodgers. Outfielder Travis Jankowski has been designated for assignment to open a roster spot for Lamb's addition.

Also, outfielder Derek Hill was claimed off waivers from the Detroit Tigers and optioned to Triple-A Tacoma. Infielder Kevin Padlo was designated for assignment to open a spot on the 40-man roster.

Lamb, 31, was one of three players acquired in two deadline deals on Tuesday. Seattle also acquired pitcher Matt Boyd and catcher Curt Casali in a separate deal with the San Francisco Giants.

Lamb is a Bishop Blanchet alum that played collegiately at the University of Washington before being drafted by the Arizona Diamondbacks in the sixth round of the 2012 MLB Draft. Lamb has appeared in 25 games for the Dodgers this season, batting .239 with 10 runs scored, five doubles, a triple, two home runs, four RBI and eight walks.

Jankowski, 31, was claimed off waivers from the New York Mets on Monday. He appeared in just one game for the Mariners with a strikeout in his only at-bat. He was additional depth for the team in the wake of injuries to Julio Rodríguez and Dylan Moore.

Padlo, 26, appeared in six games for the Mariners this season, batting .200 with a double, a walk and three RBI.  He appeared in 38 games with Triple-A Tacoma, batting .229 with four home runs and 20 RBI.