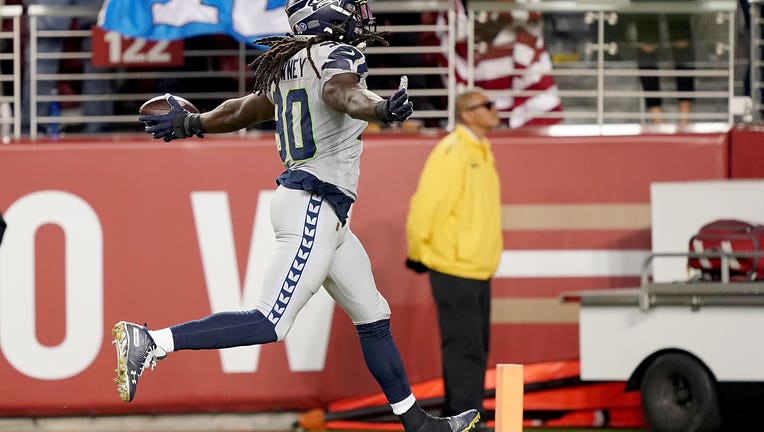 SEATTLE -- Seahawks defensive end Jadeveon Clowney's has been named NFC Defensive Player of the Week after his standout performance in Monday's big win over the 49ers.

Clowney had his biggest impact since joining Seattle this season. He returned a fumble 10 yards for the Seahawks' first touchdown, set up another with a strip sack and had five quarterback hits on the day.

The Seahawks sacked 49ers quarterback Jimmy Garoppolo five times in Santa Clara Monday night. Although Clowney only made one of those sacks, "he was the dominant force that got it all going," Seahawks reporter John Boyle notes.