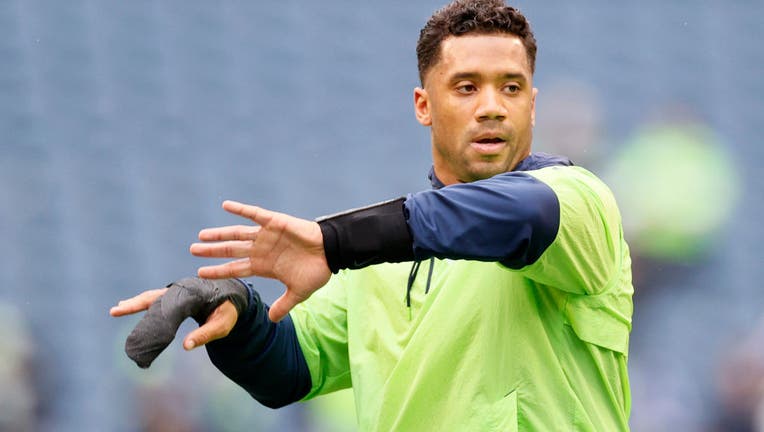 RENTON, Wash. - Seattle Seahawks Quarterback Russell Wilson has been cleared for a "full return" after surgery on his throwing hand.

Wilson has been on the injured reserve list since just after Seattle's loss to the Los Angeles Rams in Week 5.

"On October 7, 2021, Russell Wilson sustained severe injuries to the middle finger of his right (throwing) hand during a game," Dr. Shin said in a statement, according to Seahawks.com. "He had immediate surgery the following day in the form of a repair of a fracture-dislocation of his proximal interphalangeal joint and an extensor tendon rupture (mallet finger). Although this was uncharted territory (I have never in my career seen such a severe injury to the throwing hand of an NFL quarterback), I have also never encountered a player so committed to his postoperative therapy and with so much conviction to return to the same, if not better, level of performance as he had pre-injury. I am absolutely amazed at his progress, so much so that I can now confidently clear him for full return to play without reservation."

For the past three weeks, the Seahawks have lived that reality while Wilson has been sidelined with a finger injury on his throwing hand that required surgery. Seattle went 1-2 during those three games and sits at 3-5 at its bye week.

It has been a challenging stretch filled with missed opportunities and a realization that Seattle probably would have one, possibly two more wins if Wilson had been healthy.