Q13 Sports Director Aaron Levine extends a whole-hearted thanks to Morris for everything he has done.

Morris joins the Welsh side immediately and will remain with the club through its 2020-2021 campaign, which is scheduled to conclude in May.

A Mercer Island native, Morris signed with the Sounders before the 2016 season. He's had 41 goals and 23 assists in his 121 MLS appearances, including four MLS Cups and two championships.

Morris was named 2016 MLS Newcomer of the Year, 2019 MLS Comeback Player of the Year, as well as a 2020 MLS Best XI selection and finalist for the 2020 Landon Donovan MLS Most Valuable Player Award.

"When our club signed Jordan as a Homegrown Player prior to the 2016 season, we said at that time he was a unique individual with a special relationship with Sounders FC. That sentiment is as true today as it was then, and we have worked directly with Jordan and his family on completing this loan agreement as he looks to take a seminal step in his career," said Sounders FC General Manager & President of Soccer Garth Lagerwey. "Jordan means a great deal to our fans, our club and the Puget Sound region. We know he will represent us well as he begins his journey in English football." 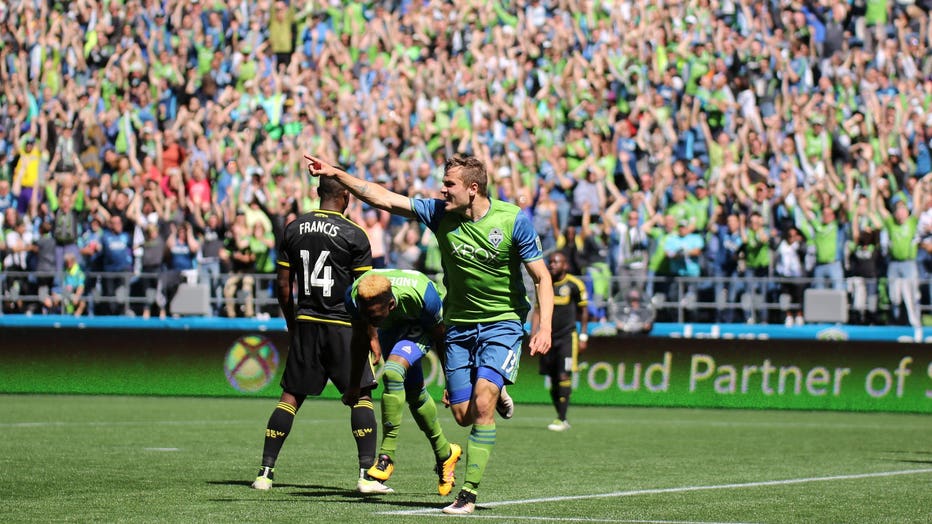 "I’m very proud of the player and professional that Jordan has become. He’s been a large part of this club’s success and has more than earned this opportunity to ply his trade abroad," said Sounders FC Head Coach Brian Schmetzer. "This particular move gives him a chance to showcase his skillset and opens a number options for his future. On top of that, I am excited to watch him play for Swansea."