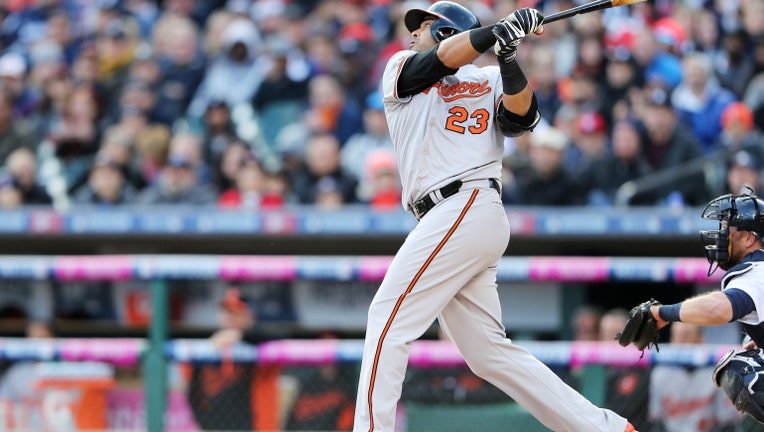 Nelson Cruz #23 of the Baltimore Orioles hits a home run in the sixth inning against the Detroit Tigers during Game Three of the American League Division Series at Comerica Park.

SEATTLE -- The Mariners have signed right-handed slugger Nelson Cruz to a 4-year contract, hoping to bring a little pop to a lineup that last year was missing just that.

Though the deal has been known for days, the team made an official announcement Thursday. Per club policy, terms of the contract were not discussed. But Cruz, a 34-year-old outfielder and designated hitter, is rumored to make $58 million over the life of the contract, according to previous reports.

Jack Zduriencik, the M's General Manager, said Cruz's big bat is something the team has been missing.

"Our number one goal this offseason was to improve our offense, ideally by adding right-handed power, and with the addition of Nelson Cruz we think we've accomplished that goal," Zduriencik said. "He is an impact hitter that will bat in the middle of our line-up."

The Mariners 2015 season starts April 6 against the Anaheim Angels at Safeco Field.