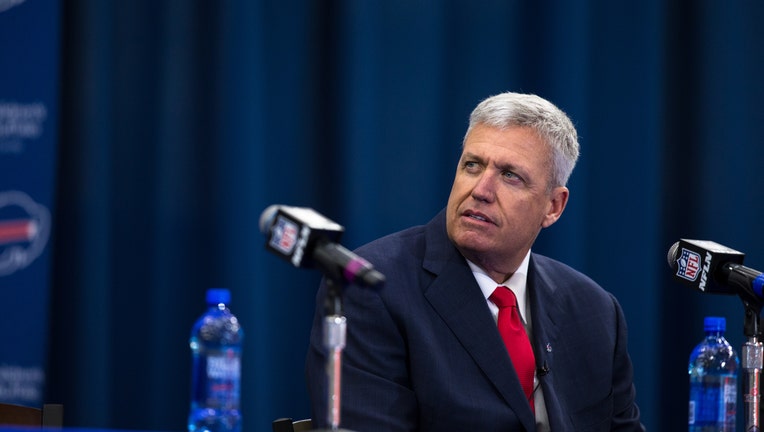 One reporter asked the coach an incredibly awkward question about the Bills' defense.

Watch and listen to the question that has the collective internet going nuts.

The newly hired head coach opened his inaugural news conference Wednesday by tapping the microphone and saying: "Is this thing on? Because it's going to be on."

Referring to the job as his last shot to prove himself, Ryan stopped short of guaranteeing Buffalo winning a Super Bowl. Ryan did "guarantee" winning a championship as being his sole pursuit.

Ryan was hired Monday after six seasons coaching the New York Jets. He replaces Doug Marrone, who stepped down Dec. 31.

Ryan takes over a team coming off a 9-7 finish to match Buffalo's best record in a decade. The Bills, however, missed the playoffs for a 15th consecutive season.