SEATTLE (AP) — Cristian Roldan scored the go-ahead goal in the 78th minute and the Seattle Sounders overcame a three-goal deficit in the second half to beat D.C. United 4-3 on Wednesday night.

Will Bruin, Brad Evans, and Gustav Svensson also scored for Seattle (7-7-6), with the four goals coming in a 27-minute span.

Bruin set up the winner when he stole the ball at midfield and sent it ahead to a streaking Roldan. Roldan caught up with it, got around United defender Steve Birnbaum and beat goalkeeper Travis Warra to the left side from 12 yards in front.

It was the second home game this season in which Seattle came from 3-0 behind to get a result. The first one was on April 29 against New England, ending in a 3-3 tie. 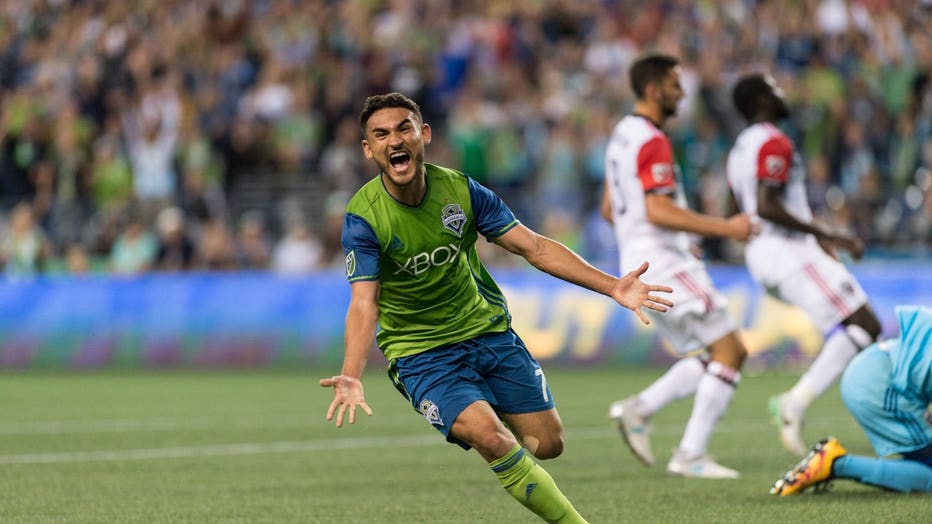 Deshorn Brown and Ian Harkes scored in the first half, and Lloyd Sam added a second-half tally for United (5-12-3). The Washington club is last overall in MLS with 18 points and 17 goals.

Bruin got Seattle on the board in the 51st minute. Evans cut the deficit to one in the 62nd minute.

Svensson tied it at 3 in the 74th when he headed in a corner kick from Nicolas Lodeiro.

The Sounders played the final two minutes of regulation and four minutes of stoppage time with 10 men after Lodeiro was sent off with a straight red card.