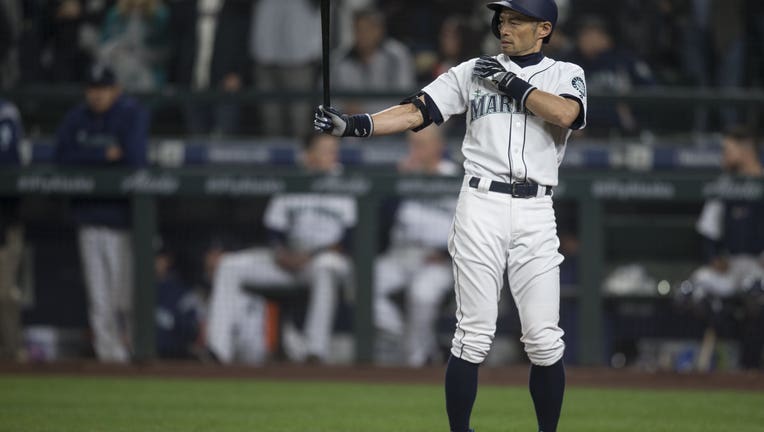 Ichiro Suzuki #51 of the Seattle Mariners waits for a pitch from starting pitcher Corey Kluber #28 of the Cleveland Indians during the third inning of a game at Safeco Field on March 29, 2018 in Seattle, Washington. (Photo by Stephen Brashear/Getty I

SEATTLE - The Seattle Mariners will induct Ichiro Suzuki into the team’s Hall of Fame.

The organization announced on Wednesday that the induction will happen at T-Mobile Park next year. There will be a ceremony before the Mariners vs. Cleveland Guardians game on Aug. 27. It will be part of a weekend-long celebration.

"Mariners fans were fortunate to have watched Ichiro Suzuki perform his magic at the plate and in the field for over a decade in a Mariners uniform. As the first position player to transition from Japan to Major League Baseball, Ichiro opened minds and won hearts of American fans with his brilliant play and dedication to his craft. His selection to the Mariners Hall of Fame was unanimous, and I fully expect Ichiro to take his place in Cooperstown on the first ballot in 2025," said Seattle Mariners Chair and Managing Partner John Stanton.

RELATED: Ichiro walks off into history in 'sayonara' at Tokyo Dome

The 2001 American League Rookie of the Year and MVP retired in 2019 after 19 seasons with the Mariners, New York Yankees and Miami Marlins.

He is currently an instructor with the Mariners Major League and AAA teams, focusing on outfield play, base running and, in conjunction with hitting coaches, batting.

Suzuki will be eligible to be elected into the National Baseball Hall of Fame in 2025.