SEATTLE - The University of Washington Huskies are aiming to end a two-game losing streak against the Arizona Wildcats on Saturday.

Washington is facing its first significant adversity in the first season under coach Kalen DeBoer. The Huskies have dropped two straight, including last week’s 45-38 loss at Arizona State that knocked Washington out of the Top 25. The Huskies are also dealing with a thin secondary that was left exposed in the loss to the Sun Devils. The Wildcats have alternated wins and losses and are coming off a home defeat to No. 12 Oregon. Arizona has lost its last 12 conference road games, its last win coming in 2019 at Colorado. The Wildcats have not won in Seattle since 2007. 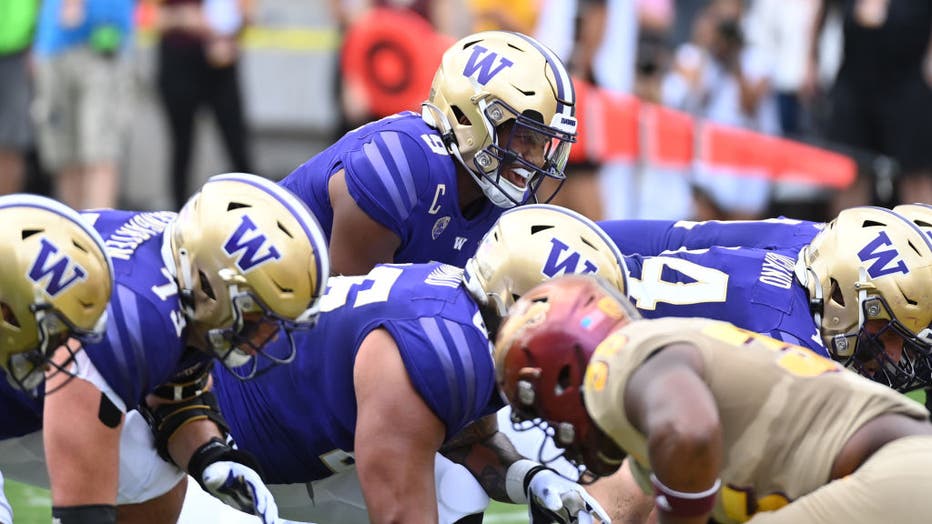 TEMPE, ARIZONA - OCTOBER 08: Michael Penix Jr #9 of the University of Washington Huskies gets ready to take the snap from under center against the Arizona State University Sun Devils at Sun Devil Stadium on October 08, 2022 in Tempe, Arizona. (Photo

Arizona QB Jayden de Laura vs. Washington’s secondary. The last time anyone saw de Laura inside Husky Stadium, he was planting a giant flag featuring the Washington State logo in the turf at midfield after leading the Cougars to an Apple Cup rout last November. And while de Laura is no longer with the Cougars, the Huskies haven’t forgotten. Stopping de Laura is going to be just as tough as it was in the Apple Cup with the issues in Washington’s secondary. The Huskies have allowed 12 passing touchdowns and an average of 291 yards passing over the past four games. De Laura threw for 484 yards and six touchdowns two weeks ago against Colorado.

Arizona: WR Jacob Cowling. The top wide receiver for the Wildcats has not been stopped even as the focus of most defenses. Cowling has 46 catches and seven touchdowns through six games, including a career-best 12 receptions for 180 yards two weeks ago against Colorado.

Washington: QB Michael Penix Jr. Penix threw a baffling interception against Arizona State that bounced off a lineman’s helmet and was returned for a touchdown, and three times the Huskies turned the ball over on downs. Arizona’s pass defense has allowed only one opponent to throw for more than 250 yards.

Washington has won five straight in the series. ... De Laura is 7-0 in his career when throwing at least three TD passes. ... Washington is second nationally in passing offense and 10th in total offense. The Huskies and Wildcats are the only Pac-12 teams averaging more than 300 yards per game passing. ... Arizona has been held under 30 points nine times during its 12-game conference road losing streak. ... Penix has thrown for at least 300 yards in all six games.