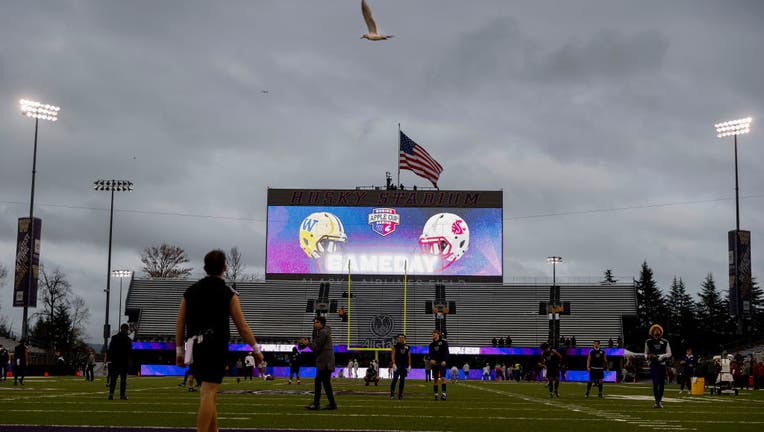 SEATTLE, WASHINGTON - NOVEMBER 26: A general view at Husky Stadium before the Apple Cup between the Washington Huskies and the Washington State Cougars on November 26, 2021 in Seattle, Washington. (Photo by Steph Chambers/Getty Images)

DeBoer was signed on as the Huskies’ head football coach just last week, and has already announced the first member of his coaching staff.

"I'm excited to welcome Ryan, Stephanie and Falynn to our football program," said DeBoer. "In our time working together, Ryan has consistently produced highly effective offenses and, through his leadership, has excelled in developing young players. I know he'll continue to do that here at UW, working with our quarterbacks and as the leader of our offense."

Grubb and DeBoer also worked together on the Eastern Michigan team from the 2014–16 seasons, as well as at University of Sioux Falls from 2007–09.

"I want to thank Coach DeBoer and Jen Cohen for the opportunity to lead the Huskies' offense," Grubb said. "I feel strongly that this can be one of the best offenses in the Pac-12. I'm looking forward to getting to know our players and this community, and getting to work for this historic and successful program."

Prior to his coaching career, Grubb was a running back and wide receiver at Buena Vista University.