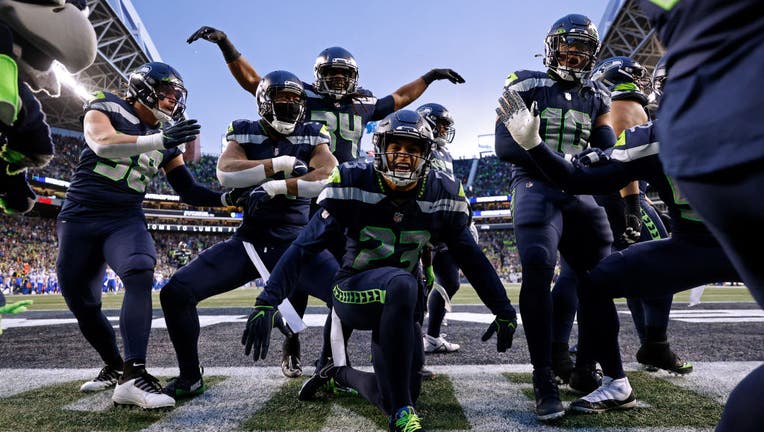 SEATTLE, WASHINGTON - JANUARY 08: The Seattle Seahawks celebrate an interception by Quandre Diggs #6 against the Los Angeles Rams during overtime at Lumen Field on January 08, 2023 in Seattle, Washington. (Photo by Steph Chambers/Getty Images)

The Seattle Seahawks will be the No. 7 seed in the NFC playoffs and play at San Francisco against the 49ers. Here are the dates, times and broadcast schedule - how to watch and stream games NFL Wild Card Weekend.

The Seahawks are in the NFL playoffs after beating the Los Angeles Rams 19-16 in overtime and the Detroit Lions beating the Green Bay Packers.

Jason Myers kicked a 32-yard field goal midway through overtime to give Seattle the victory over the Rams. Hours later, Seattle qualified for the postseason after the Lions beat the Packers in Green Bay.