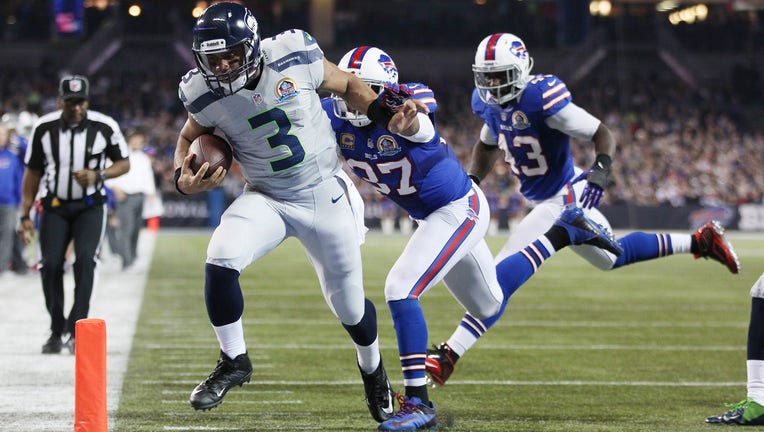 BUFFALO, NY - The Seahawks make their first trip to Buffalo in 12 years after their last visit, a 50-17 win on Dec. 16, 2012, was played north of the border as part of the since discontinued Bills-In-Toronto series.

The Seahawks have won at least seven of the first eight games of a season just once, in 2013, when they were 7-1. They won the NFL title that season.

If the Seahawks score 25 or more this week, they would become the sixth NFL team with at least 25 points in the first eight games of a season.

QB Russell Wilson is 2-0 against Buffalo, in which he is a combined 34 of 49 for 487 yards and three touchdowns, with 102 yards rushing and four scores. Wilson’s three TDs rushing in the 50-17 win in his rookie season still stand as a career high.

Wilson’s 92 wins are tied with Peyton Manning for most in NFL through a quarterback’s first nine seasons, and his 101 career wins (including playoffs) are tied with Tom Brady for most by a QB over the same span.

With 26 TDs passing, Wilson is four short of matching Brady’s record for the most through the first eight games of a season.

WR DK Metcalf had a career-high 12 catches and 161 yards last week against the 49ers. Metcalf has at least 90 yards receiving in six of seven games this season.

DE Carlos Dunlap is expected to make his Seahawks debut after being acquired from Cincinnati. ... LB Bobby Wagner was the NFC defensive player of the week after 11 tackles and two sacks last week against San Francisco.

Jamal Adams is expected to return after missing four games due to a groin injury and non-COVID-19 illness.

The ‘stick to sports’ crowd has already lost