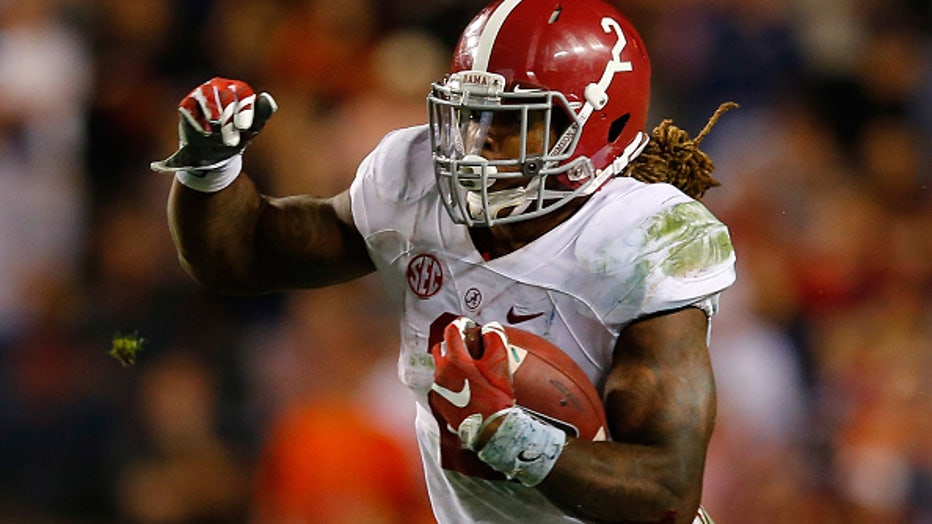 Henry and McCaffrey will be trying to break a streak of five straight quarterbacks winning college football's top honor when the trophy is presented Saturday night in New York. 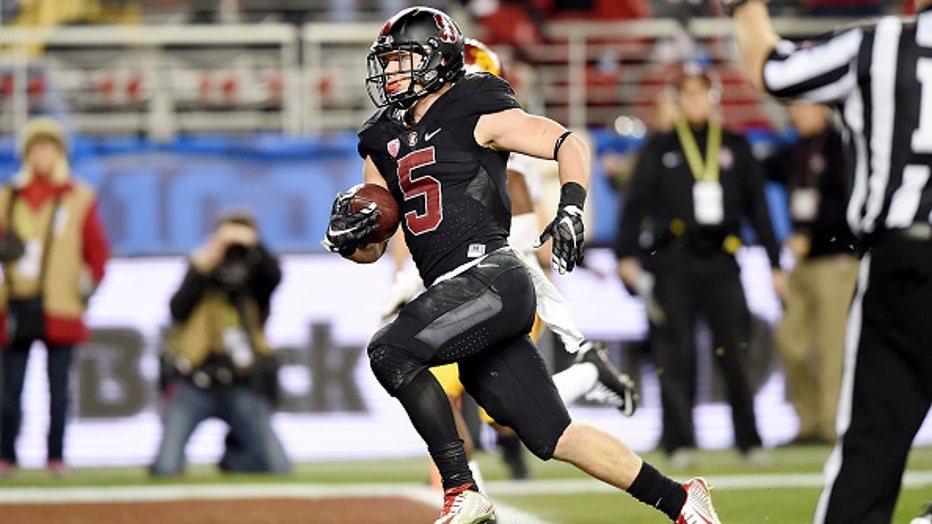 Christian McCaffrey #5 of the Stanford Cardinal scores the first of two touchdowns against the USC Trojans in the fourth quarter of the NCAA Pac-12 Championship game at Levi's Stadium on December 5, 2015 in Santa Clara, California. Stanford won the game 41-22. (Photo by Thearon W. Henderson/Getty Images)

Mark Ingram of Alabama in 2009 was the last running back — and only Crimson Tide player — to win the Heisman. Since 2000, 13 of the 15 Heisman winners have been quarterbacks.

Henry seems to be the favorite in a Heisman race that tightened over championship weekend. 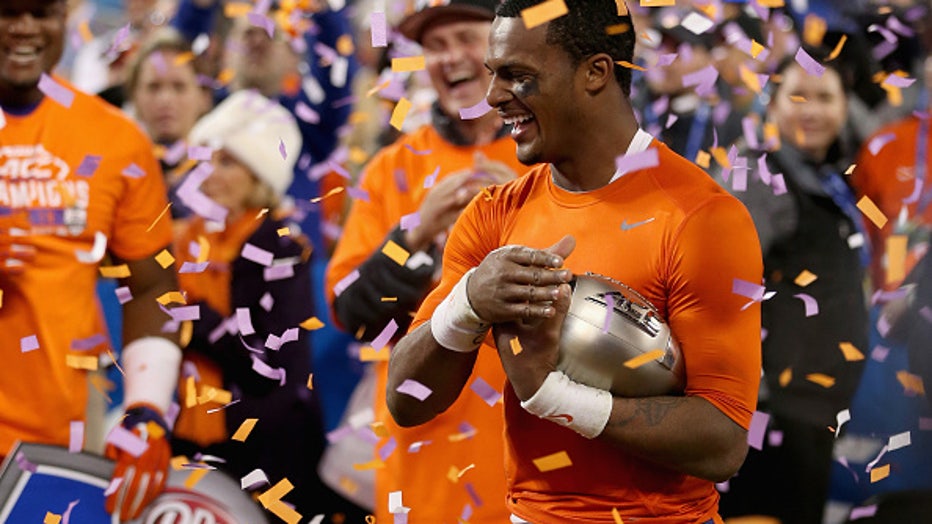 Deshaun Watson #4 of the Clemson Tigers holds the ACC Championship trophy after defeating the North Carolina Tar Heels 45-37 at the Atlantic Coast Conference Football Championship at Bank of America Stadium on December 5, 2015 in Charlotte, North Car

Among those missing out on a trip to New York city was Oklahoma quarterback Baker Mayfield, LSU running back Leonard Fournette, who was the early season favorite, and Navy quarterback Keenan Reynolds.