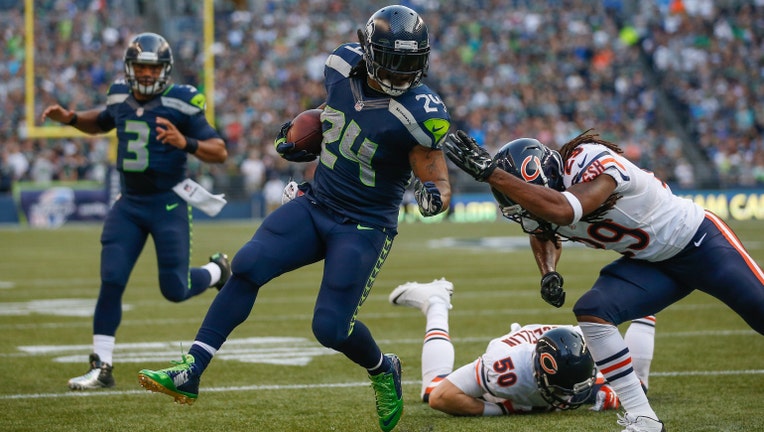 Running back Marshawn Lynch #24 of the Seattle Seahawks rushes for a touchdown against strong safety Danny McCray #29 of the Chicago Bears at CenturyLink Field on August 22, 2014 in Seattle, Washington. (Photo by Otto Greule Jr/Getty Images)

SEATTLE -- The Seattle Seahawks released eight players Monday as part of their need to trim the roster from 90 to 75 by Tuesday.

Jeffcoat was a rookie free agent signed after the NFL Draft in May. Many of the others were previously claimed on waivers.

The cuts come shortly after the Seahawks strong 34-6 win over the Bears Friday.

The team must make seven more roster moves by 1 p.m. on Tuesday to reach the league-mandated limit of 75 players. The roster must then be cut to 53 players on Saturday. The Seahawks close out their preseason schedule Thursday night with a game against the Raiders in Oakland.

The Hawks will play their fourth and final preseason game Thursday night in Oakland against the Raiders. Watch the game on Q13 FOX.