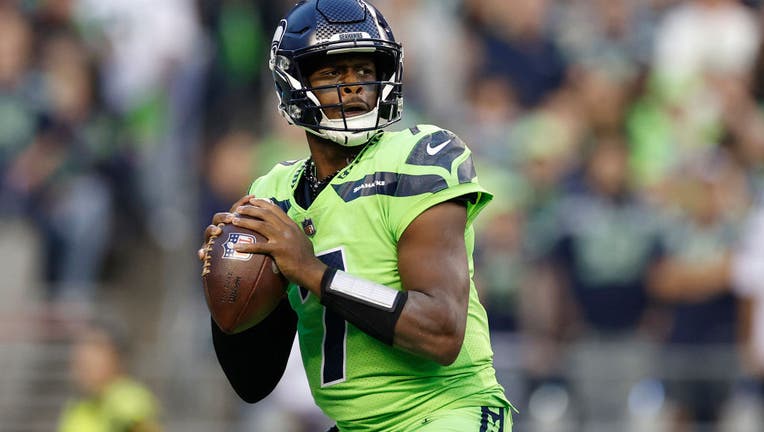 SEATTLE, WASHINGTON - SEPTEMBER 12: Geno Smith #7 of the Seattle Seahawks looks to pass against the Denver Broncos during the third quarter at Lumen Field on September 12, 2022 in Seattle, Washington. (Photo by Steph Chambers/Getty Images)

SEATTLE - Seahawks quarterback Geno Smith has filed for a trademark of the now-famous quote he made in a postgame interview after Seattle's season-opening victory against the Denver Broncos and Russell Wilson.

"They wrote me off. I ain’t write back though," Smith said after the Monday Night Football game. This was the phrase he is now looking to trademark.

Smith filed for the trademark on Sept. 14, two days after the win.