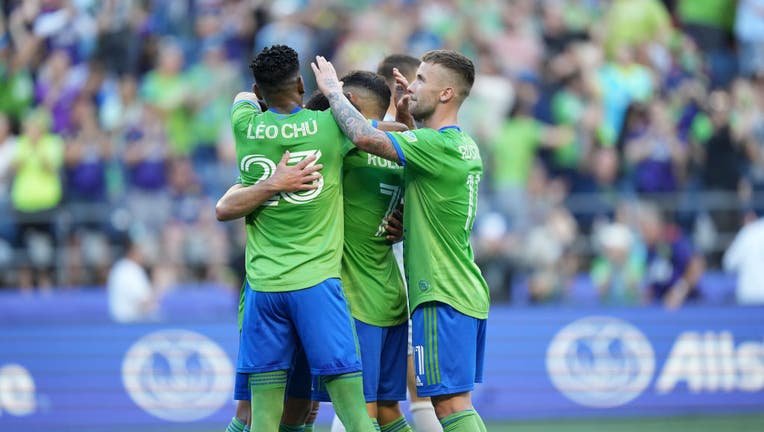 SEATTLE, WA - AUGUST 02: Seattle Sounders celebrate a first half goal by midfielder Nicolás Lodeiro (10) during an MLS game between FC Dallas and the Seattle Sounders on August 2, 2022 at Lumen Field in Seattle, WA. (Photo by Jeff Halstead/Icon Sport

Frei had his fourth shutout of the season for the Sounders. Maarten Paes saved three of the four shots he faced for Dallas.

Both teams next play Saturday, with the Sounders visiting Atlanta United while Dallas visits the Portland Timbers.