SEATTLE – It’s right there in his daughter’s name: Phoenix.

Seahawks defensive end Frank Clark, who came to Seattle with a well-publicized troubled past, said the birth of his daughter has helped him move past a childhood in which he was often homeless and a college career that was admittedly sprinkled with trouble and that ended with allegations of domestic violence.

Symbolically, the name Phoenix is fitting - the mythical bird that rose from the ashes of its previous life.

“It was life-changing, because it’s your daughter, and as a man and you grow up without a father figure to a certain extent, and you grew up and you’re not taught how to treat a woman,” Clark said during an exclusive interview with the home of the Seahawks, Q13 FOX.

“Then you have a daughter and it’s like automatically overnight you’re forced to change if you want to be a great father.” 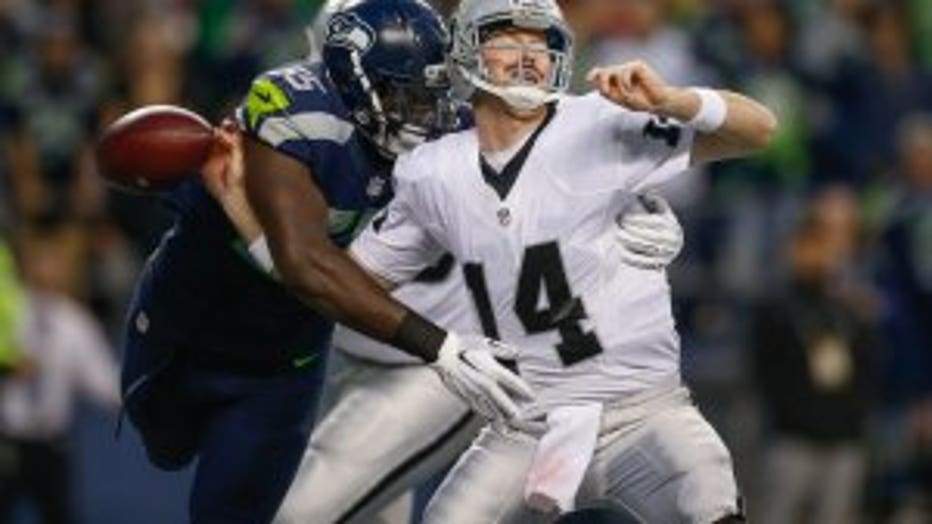 SEATTLE, WA - SEPTEMBER 03: Quarterback Matt McGloin #14 of the Oakland Raiders is sacked in the end zone by defensive end Frank Clark #55 of the Seattle Seahawks at CenturyLink Field on September 3, 2015 in Seattle, Washington. The Seahawks recovere

Clark was arrested after an alleged altercation in an Ohio hotel room in November 2014, eventually pleading guilty to disorderly conduct.

He was drafted by the Seahawks in the second round of the 2015 draft.

Before all that though, Clark said he grew with a mother who was a drug addict and an absentee father. He spent much of his childhood involved with gangs and often found himself homeless, living on L.A.’s notorious Skid Row.

He said he remembers looking on the ground for money, hoping he could buy something to eat.

Clark said he’s developed a passion for helping homeless children, and he’s planning on starting a foundation to provide them with resources and mentoring.

In the meantime, however, he’s focusing on Phoenix.

“Now it’s not about me anymore,” he said. “It’s about showing my daughter how a woman’s supposed to be treated.”