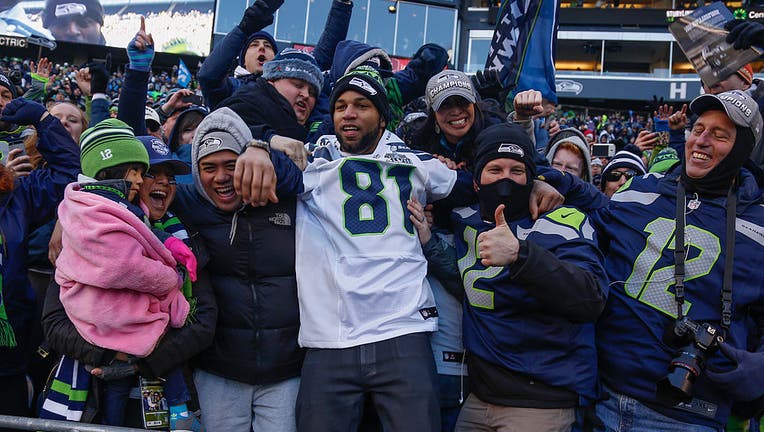 Tate, an 11-year NFL veteran, will play for the Lefties for the remainder of the 2022 season, which runs through the first week of August.

"I am extremely thankful to the West Coast League and the Port Angeles Lefties for allowing me to join their league," Tate said in a statement released by the league.

Tate was a two-sport athlete at Notre Dame as he played both football and baseball for the school. He was twice drafted by MLB teams in 2007 (47th round, Arizona Diamondbacks) and 2010 (50th round, San Francisco Giants). During his sophomore season, Tate posted a .329 batting average with a home run, four triples, eight doubles, and 21 RBI with 20 walks and 28 strikeouts in 55 games played for Notre Dame.

"As a child, my first love was baseball, so I’m excited about the opportunity to compete against some of the best young players in the league. I look forward to having a lot of fun and exploring baseball more," Tate said.

Tate was a second-round pick of the Seahawks in 2010 and spent four seasons with the team. He was a part of the Super Bowl victory over the Denver Broncos in 2013 before leaving to sign a free agent deal with the Detroit Lions ahead of the 2014 season.

Tate will play center field for the Lefties, who are at home for six games this week against the Bend Elks and Walla Walla Sweets.