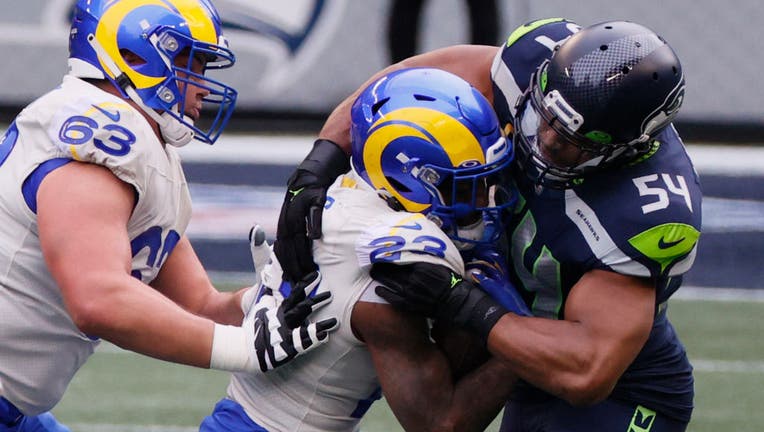 SEATTLE, WASHINGTON - JANUARY 09: Middle linebacker Bobby Wagner #54 of the Seattle Seahawks tackles running back Cam Akers #23 of the Los Angeles Rams during the first quarter of the NFC Wild Card Playoff game at Lumen Field on January 09, 2021 in S

Former Seattle Seahawks linebacker Bobby Wagner has agreed to terms on a deal with the Los Angeles Rams.

According to Adam Schefter of ESPN.com, Wagner's deal is a five-year contract worth $50 million with incentives that could push the total value to $65 million.

Wagner, 31, was released by the Seahawks earlier this month after 10 years with the franchise.

Wagner is a Los Angeles native and starred at Colony High School in Ontario, Calif. After high school, he played college football at Utah State before being selected by the Seahawks in the second round of the 2012 NFL Draft.

Wagner is one of the most decorated players in Seahawks franchise history. His six first-team All-Pro sections are the most by any player in team history. Hall of Fame left tackle Walter Jones is second on the list with four. Wagner is an eight-time Pro Bowl selection, which trails Jones and quarterback Russell Wilson by one for most in franchise history.

Wagner now will face the Seahawks twice a year as he remains in the NFC West with the Rams. He had reportedly visited the Rams and Baltimore Ravens since being released.

Wagner had been set to earn $16.6 million from Seattle this season. The Seahawks released him for financial considerations.