NEW YORK -- Star linebackers Ray Lewis and Brian Urlacher are among four first-time eligible former players selected among the 15 modern-era finalists for the Pro Football Hall of Fame's Class of 2018.

Receiver Randy Moss and guard Steve Hutchinson also made the cut to the finals as first-year eligibles.

Drafted in the first round of the 2001 NFL Draft by the Seattle Seahawks, Hutchinson spent his first five seasons with that team. In March 2006, the All-Pro Hutchinson, a free agent, was designated as Seattle's transition player. He later played for the Minnesota Vikings and Tennessee Titans before retiring in 2013.

Mawae was originally drafted by the Seattle Seahawks in the second round (36th overall) of the 1994 NFL Draft. He was Louisiana State's highest selected offensive lineman since 1961. In 1995, he started all 16 games at right guard, seeing time at center in two games. He was moved to the center position at the start of his 1996 season and remained at that spot for the rest of his NFL career. He later played for the New York Jets and Tennessee Titans. 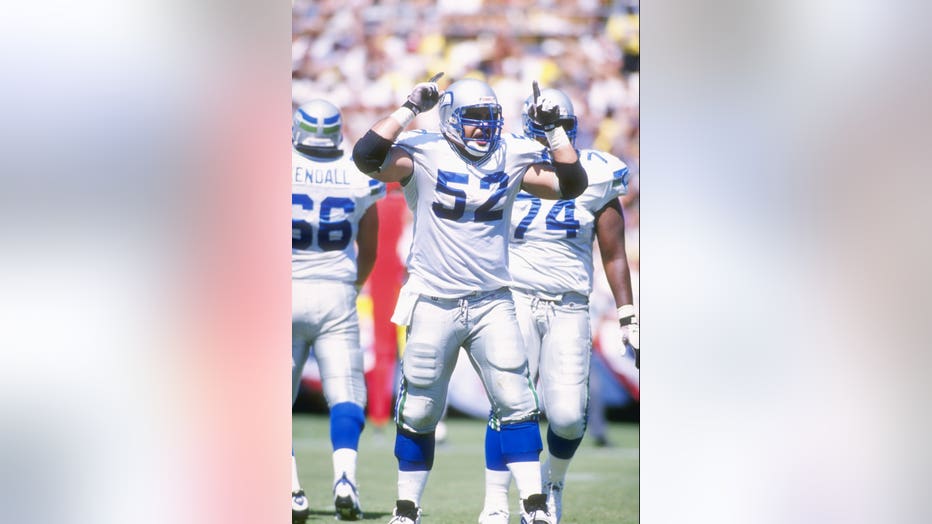 The seniors committee has nominated guard Jerry Kramer and linebacker Robert Brazile. The contributor's nominee is Bobby Beathard, a former general manager and administrator for five franchises. The finalists were announced Tuesday.

Voting by the Hall of Fame selectors will be Feb. 3 in Minneapolis. Inductions will be in August at the Canton, Ohio, shrine.

The modern-era finalists were determined by a vote of the selection committee from a list of 108 nominees that was earlier reduced to 27 semifinalists during a year-long process.

Kramer was a mainstay of the great Green Bay offensive lines from 1948-68 and is famous for his block that led Bart Starr into the end zone for the winning touchdown in the Ice Bowl 50 years ago. Brazile was an outstanding linebacker with the Houston Oilers from 1975-84.