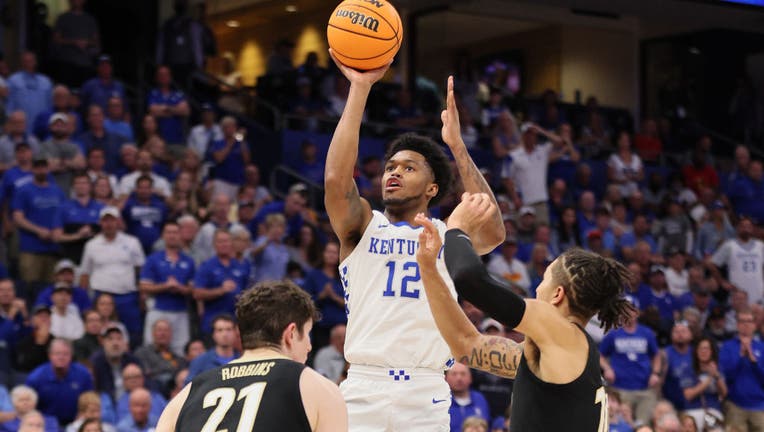 TAMPA, FLORIDA - MARCH 11: Keion Brooks Jr. #12 of the Kentucky Wildcats shoots the ball during the second half against the Vanderbilt Commodores in the Quarterfinal game of the SEC Men's Basketball Tournament at Amalie Arena on March 11, 2022 in Tam

Former University of Kentucky forward Keion Brooks Jr. announced his intention to play next season for the Washington Huskies on Monday.

Brooks had previously declared for the NBA Draft after completing his third season with the Wildcats this spring. He also put his name in the NCAA transfer portal as well to keep his options open.

As recently as three weeks ago, Brooks had remained committed to remaining in this year's NBA Draft.

"I’m all in on the Draft," Brooks told Adam Zagoria of ZagsBlog.com. "My agent and my parents just thought that getting in the Transfer Portal was something that was good to keep my options open. We didn’t want to close the door on anything, you never know what could happen."

Instead, Brooks will transfer to play for the Huskies.

Brooks averaged a career-high 10.8 points per game, which was fourth on last year's Wildcats team. He averaged 24.5 minutes a game with 4.4 rebounds while shooting 49.1 percent from the field. He had a career-high 27 points in Kentucky's 80-62 victory over No. 5 Kansas in January.