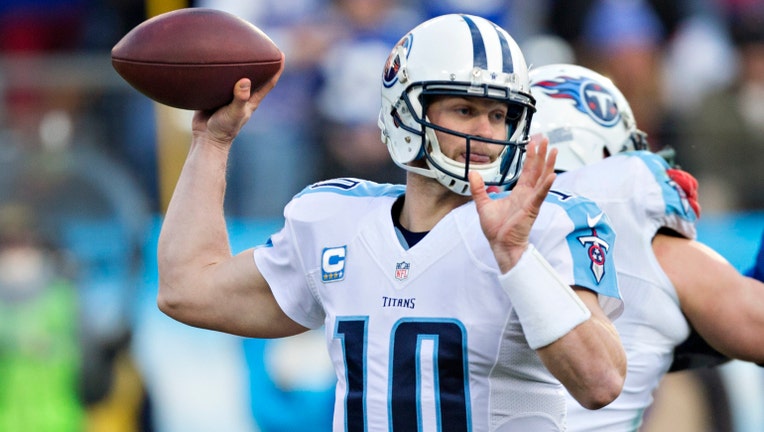 Jake Locker #10 of the Tennessee Titans throws a pass in the fourth quarter during a game against the New York Giants at LP Field on December 7, 2014 in Nashville, Tennessee. The Giants defeated the Titans 36-7. (Photo by Wesley Hitt/Getty Images)

Tennessee Titan quarterback Jake Locker is walking away from football after four seasons in the NFL.

"I am retiring from football after much reflection and discussion with my family. I will always be grateful for having had the opportunity to realize my childhood dream of playing in the NFL and for the lifelong relationships I developed because of that experience," Locker said the statement.

"Football has always played a pivotal role in my life and I love the game, but I no longer have the burning desire necessary to play the game for a living; to continue to do so would be unfair to the next organization with whom I would eventually sign. I realize this decision is surprising to many, but I know in my heart that it is the right decision and I look forward to spending more time with my family and pursuing other interests."

The Titans number 8 overall pick in 2011 has battled injuries throughout his career -- he never played an entire season.

A dislocated shoulder cut his 2014 season short. He also missed time last season because of a thumb injury. In October, Locker was benched in favor of 3rd string QB Zach Mettenberger.

He ends his career with a completion percentage of 57.5 for 4,967 yards with 27 touchdown passes and 22 interceptions, according to FOX Sports.