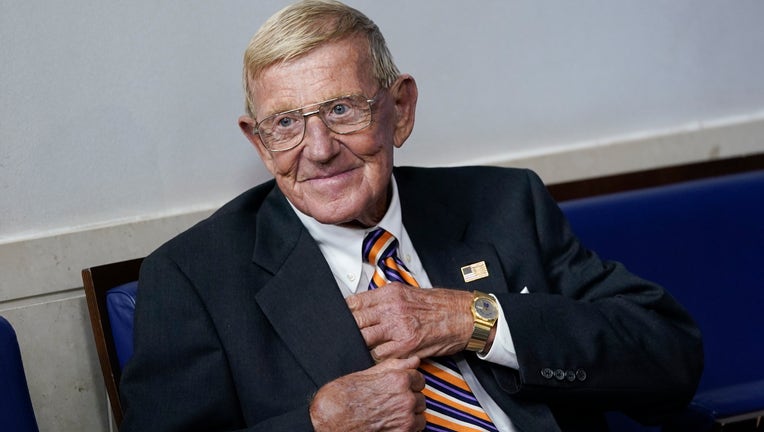 Trump made the announcement at the White House as Holtz looked on. He did not announce a date for the ceremony but said it “won't be in the too distant future.”

The president said he had received letters from football coaches across the country, as well as other people, recommending Holtz, 83, for the honor. Trump said he's known Holtz for a “long time” and called him a friend.

“We’ve analyzed it very closely. We’ve looked at all those recommendations. We've looked at Lou's life and his career and what he’s done for charity, and the football is obvious,” Trump said. “He was a great coach but what he's done beyond even coaching, so Lou will be getting the Presidential Medal of Freedom.”

Holtz spent 34 years coaching both college and professional football teams and is perhaps best known for an 11-season stint as Notre Dame's head coach. Holtz ended his career at the University of South Carolina, where he was head coach for six seasons from 1999-2004.

The West Virginia native was among speakers at last week’s Republican National Convention. In his remarks, Holtz called Democratic presidential candidate Joe Biden a Catholic “in name only.” Biden is a practicing Catholic.

Notre Dame's president, Rev. John I. Jenkins, later issued a statement admonishing the former coach for using the university's name in his remarks, saying it “must not be taken to imply” that Notre Dame endorses Holtz's views, any candidate or any political party.