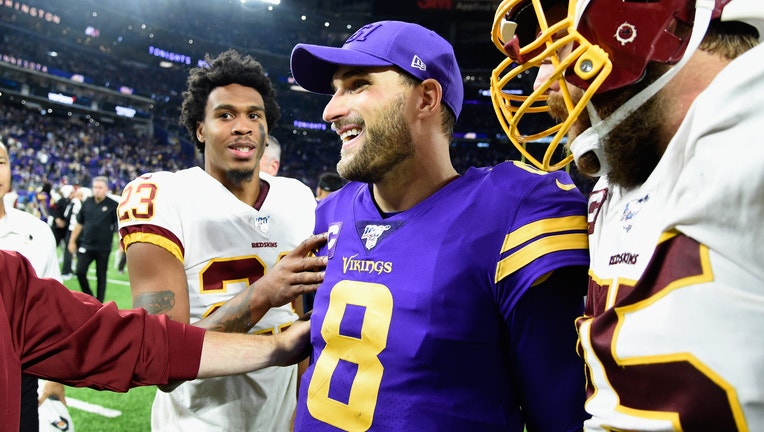 MINNEAPOLIS, MINNESOTA - OCTOBER 24: Kirk Cousins #8 of the Minnesota Vikings speaks with Quinton Dunbar #23 and Brandon Scherff #75 of the Washington Redskins after the game at U.S. Bank Stadium on October 24, 2019 in Minneapolis, Minnesota. The Vik

According to a report from The Miami Herald, the Broward County State Attorney's Office is dropping the case "due to insufficient evidence."

Dunbar and New York Giants cornerback Deandre Baker, both south Florida natives, were arrested on four felony counts of armed robbery in May.

Prosecutors are moving forward with charges against Baker.

Legal process aside, Dunbar is guilty of creating a major headache for Seahawks

Legal process aside, Dunbar is guilty of creating a major headache for Seahawks

Andrew Rier, Dunbar's attorney, told The Herald that his client was "absolutely delighted" that the prosecuting attorney "came to the same conclusion we did: that Quinton Dunbar should never have been arrested."

Dunbar is in his first year with the Seahawks. He was expected to compete for a starting spot before his arrest placed him on the NFL commissioner's exempt list, which means he can't practice with the team or play in any games.

The NFL released a statement noting that the league has "been monitoring all developments in the matter which remains under review.''