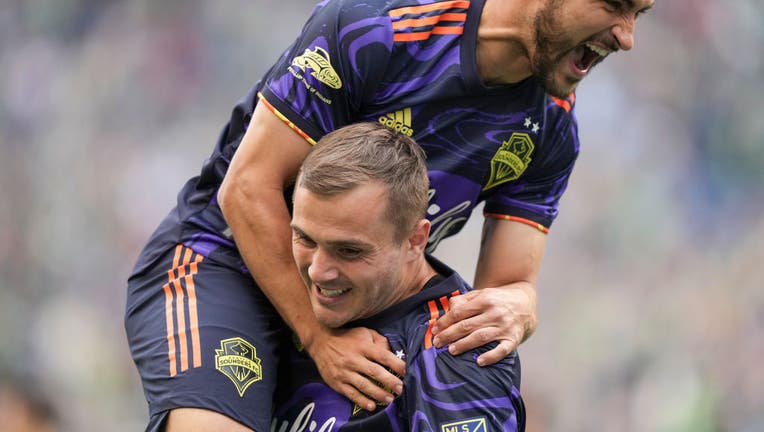 "As an organization, we are incredibly happy for Jordan and Cristian. If any two guys earned it, it’s these two," said Sounders FC General Manager & President of Soccer Garth Lagerwey. "No players work harder or more honestly for their team, and I am so glad to see that effort rewarded with this opportunity. We are lucky to have them, as is Coach Berhalter."

"Congratulations to Jordan and Cristian, two players who mean so much to this club and community," said Sounders FC Head Coach Brian Schmetzer. "We’ve witnessed their development first-hand as members of the club, and their ability to excel at the highest levels of our league has given them a chance to participate in the biggest competition in the world. I can’t think of two more deserving players to represent our country at the World Cup."

U.S. coach Gregg Berhalter made the long-awaited announcement Wednesday of the 26-man group that will gather in Qatar for training next week ahead of the opener against Wales on Nov. 21.

"I could not be more excited for Nouhou to get the opportunity to represent his country at the World Cup," said Sounders FC General Manager & President of Soccer Garth Lagerwey. "We’ve had a front row seat to his talent and growth over the past few years, and I can’t wait to see him against the world’s best."

Megan Young says she is just one of two women in all of Major League Soccer coaching athletes in the weight room. She is a survivor, and with September marking Blood Cancer Awareness Month, she is sharing her story.

Former O'Dea High School and Seattle native DeAndre Yedlin was called up to the final 26-man roster for the 2022 FIFA World Cup.

Yedlin is currently with Inter Miami CF, becoming the club's first active player to be called to a World Cup. 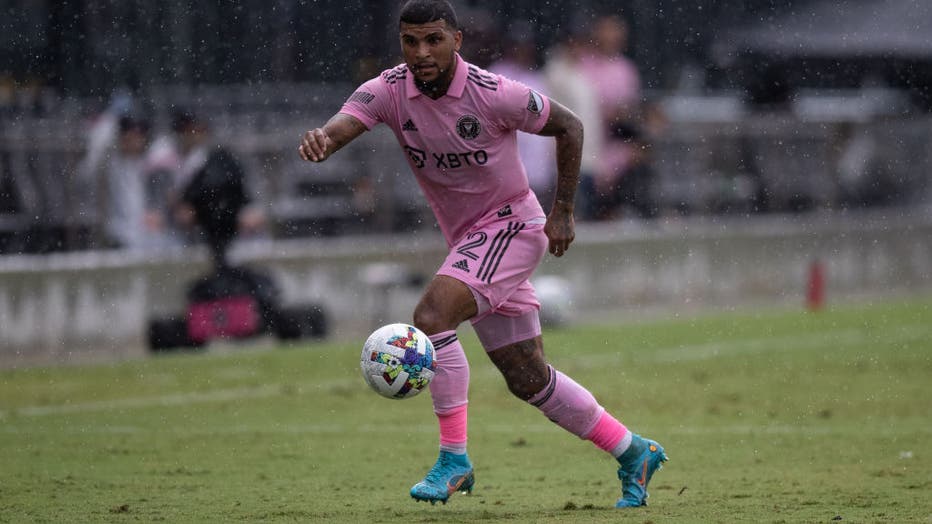 On what figures to be the youngest of the 32 teams by average age, 29-year-old right back DeAndre Yedlin is the only holdover from the 2014 World Cup. Yedlin, Christian Pulisic, Kellyn Acosta and Ream are remaining players from the infamous loss at Trinidad that prevented the Americans from reaching the 2018 tournament.

With central defenders Miles Robinson and Chris Richards sidelined by injuries, the 35-year-old Ream returns to the national team for the first time since the opening round of qualifying in September 2021. Ream captains Fulham in England’s Premier League and has gone a full 90 minutes in 14 of 15 matches this season. Berhalter had dropped him from the final four qualifying windows, preferring more mobile options.

Cameron Carter-Vickers, a son of former NBA player Howard Carter, was picked as a central defender. Carter-Vickers, Johnson, goalkeeper Ethan Horvath, Scally and Wright did not appear in any of the 14 qualifiers.

Jesús Ferreira, Josh Sargent and Wright are the three forwards, a position that provided just four of the Americans’ 21 goals in qualifying.

Nine players are from Major League Soccer; eight are with English clubs; two each are based in Germany, Italy and Spain; and one apiece plays in France, Scotland and Turkey.

Scally and midfielder Yunus Musah are just 19. Winger Gio Reyna, a son of former U.S, captain Claudio Reyna, turns 20 on Sunday. The average age of 25 years, 175 days as of the opener is the second-youngest for the U.S. at a World Cup behind 24 years, 24 days in 1990.

The No. 16 U.S. is in the toughest of the eight groups by ranking, opening against No. 19 Wales, then facing No. 5 England in a Black Friday matchup and closing on Nov. 29 against No. 20 Iran.

Playing time is an issue for many. Pulisic, the biggest U.S. star, has started just five matches for Chelsea this season. Outside back Sergiño Dest has made just two starts for AC Milan and hasn’t played at all since Oct. 30 due to an adductor injury. Midfielder Weston McKennie has been sidelined at Juventus since Oct. 29 by a thigh problem.

Reyna is coming off repeated leg issues and has played one 90-minute match for Borussia Dortmund since April 2021. Matt Turner, in contention to start in goal, has yet to make his Premier League debut with Arsenal and has been limited to four Europa League matches for the Gunners this season, the last Oct. 20.

In addition, midfielder Luca de la Torre has not played for Spain’s Celta Vigo since Oct. 24 because of a torn muscle in his left leg; Sargent returned Saturday for Norwich in England’s second-tier League Championship after missing two matches with a calf injury; and Carter-Vickers was back Saturday for Glasgow Celtic after missing a match with soreness.

Many MLS players will be coming off long layoffs following the end of their club seasons: Cristian Roldan last played a competitive match on Oct. 9, Aaron Long and Walker Zimmerman on Oct. 15, Yedlin on Oct. 17 and Ferreira on Oct. 23.

For players cut, Berhalter’s decision becomes among the most painful moments in their career. Steffen appeared in six qualifiers and Arriola in five. Others omitted included central defenders Mark McKenzie, Erik Palmer-Brown, and James Sands; and midfielders Johnny Cardoso, Djordje Mihailovic and Eryk Williamson. In addition, Robinson is recovering from a torn Achilles and left back Sam Vines is sidelined following surgery for a broken leg.