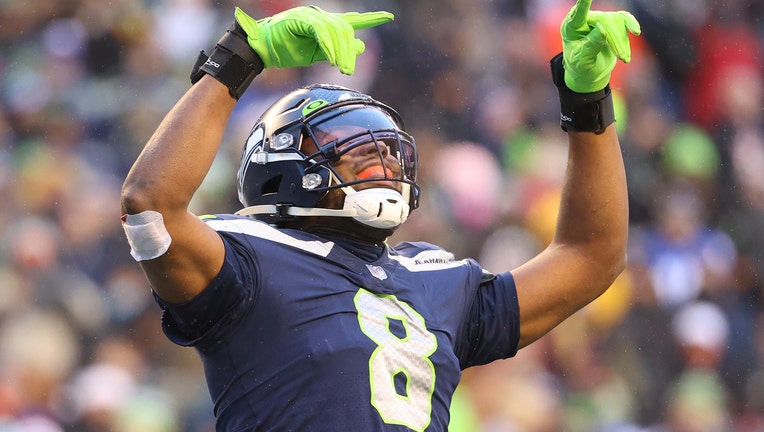 SEATTLE, WASHINGTON - DECEMBER 26: Carlos Dunlap #8 of the Seattle Seahawks reacts during the fourth quarter against the Chicago Bears at Lumen Field on December 26, 2021 in Seattle, Washington. (Photo by Abbie Parr/Getty Images)

NORTH CHARLESTON, S.C. - The father of a veteran linebacker who plays for the NFL’s Seattle Seahawks was killed in a traffic accident in South Carolina, authorities said.

North Charleston police said Carlos Dunlap Sr., the father of Carlo Dunlap II, died at a hospital after being struck by a vehicle on Saturday night, news outlets reported. Officers are still investigating, and no charges were filed.

"He worked every day, literally Monday through Friday. If he was gone it would be on the weekends to go to my brother’s football games, but other than that he was here," she said. Dunlap and his son played host to a youth football camp, she said.

Attorney David Aylor, who described himself as a close friend of Dunlap, called the man "a loving father and well-respected community leader." Dunlap was a "great drum major for peace and justice," said State Rep. Wendell Gilliard, a longtime friend.

Dunlap, 32, spent 10 seasons with the Cincinnati Bengal before joining Seattle in 2020.