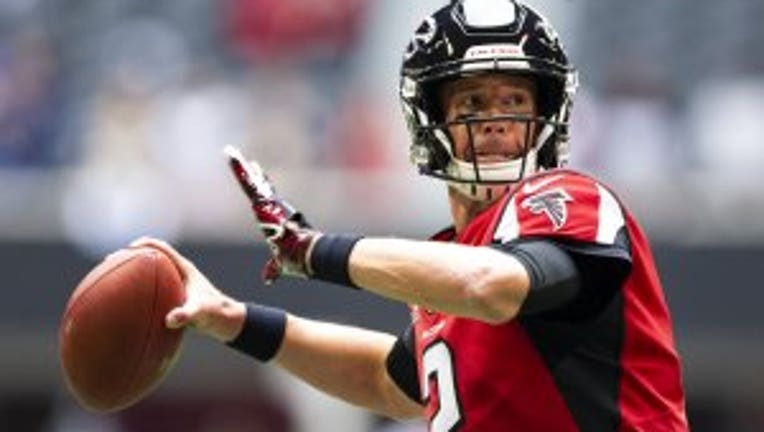 Quarterback Matt Ryan will not start for the Atlanta Falcons on Sunday against Seattle, according to a tweet from the NFL. (Photo by Carmen Mandato/Getty Images)

Falcons quarterback Matt Ryan will not play Sunday against the Seattle Seahawks in Atlanta, according to a tweet by the NFL.

The Falcons also posted the update on their website.

Ryan was limited in practice Friday after suffering a right ankle sprain and was listed as questionable for the game that kicks at 10 a.m. (PDT) Sunday at Mercedes-Benz Stadium.

With Ryan out, backup Matt Schaub is expected to make his first start since 2015 with Baltimore.

According to the Falcons website, the team also signed quarterback Danny Etling off the practice squad and to the active roster.

Ryan, who ranks second in the league in yards passing, was injured in Atlanta's blowout loss last week to the Los Angeles Rams.

The 12-year veteran has not missed a game since 2009, a span of 154 consecutive regular-season and nine postseason starts.