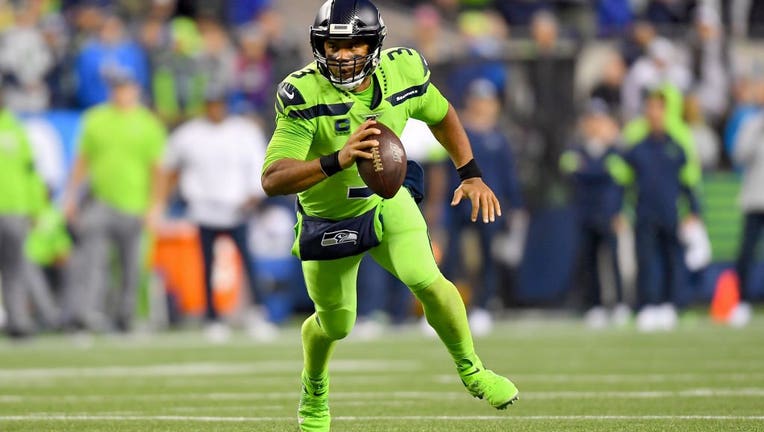 SEATTLE - Seahawks Training Camp has officially kicked off and Q13 FOX is your exclusive home for all things Seattle Seahawks, including interviews you won't see anywhere else.

Q13 FOX Sports Director, Aaron Levine, sat down with quarterback Russell Wilson to talk about why the Seahawks are a good Super Bowl contender this season.

Aaron Levine: You always say that you’re blessed to be one of just 32 starting quarterbacks in the NFL. But what is the toughest part about being a quarterback in the NFL? Being a Seahawks quarterback?

Aaron: Is this team a legitimate Super Bowl contender this season?

Russell: I don’t see how not. I think that we got guys like you know big Duane Brown leading the offensive line. You got guys like Chris Carson in the back. You got that dynamic duo of D.K. Metcalf and Tyler, and then our tight ends is the best tight end group, you know, in my opinion, in the world. We got our defense with Bobby Wagner being at the center core of everything that we do. I think Dunlap, big old number eight. You know I think big Al Woods being in the middle there. You know I think obviously with our DBs and all those things those guys can do, I mean how great was Reed last year, and just how many plays he could make. Obviously Jamal and Diggs, I mean those two guys ...best in the world. So I’m excited about it and I’m excited about where we can go and what we can do.

Aaron: You said Dunlap big number eight. Nobody took your single digit away from you. Nobody’s taking number three this season

Aaron: Finally, Bobby Wagner is off the table on this one. If you're a fan at training camp, who would be on the top of your list to get an autograph from?

Russell: If I was a fan you said? You said Bobby’s off the list you said?

Aaron: (laughs) It’s a tough question if you can only have one right!

Russell: I mean Michael Dickson signed a big contract. I mean he can punt the ball probably further than anybody in the world. So, you know listen… You know but then you got Tyler Lockett and that’s tough.

You know I’m probably gonna have to go with Michael Dickson. He signed a nice contract this year. He’s literally the best in the world putting the ball so I’m gonna go with him. Ain't nobody kicking like him.