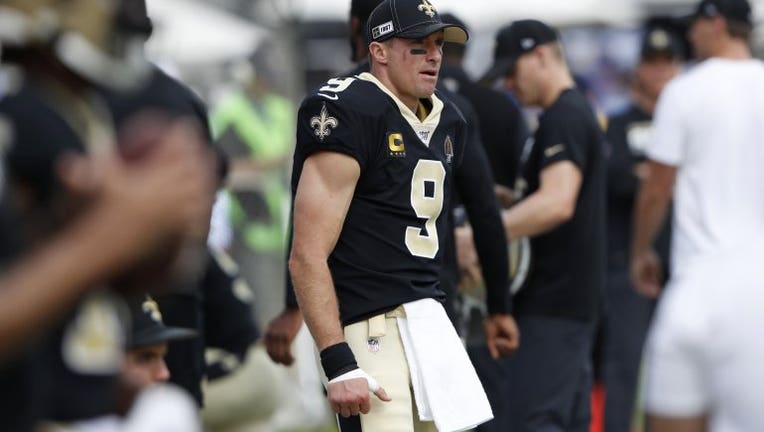 Drew Brees #9 of the New Orleans Saints stands on the sideline during the second half after injuring his throwing hand in the first quarter of the game against the Los Angeles Rams at Los Angeles Memorial Coliseum on September 15, 2019 in Los Angeles

Payton said he has no timetable for Brees' return, but said he has no immediate plans to put Brees on injured reserve. He declined to name a starter for the Saints game at the Seattle Seahawks on Sunday.

Teddy Bridgewater entered last Sunday's loss to the Los Angeles Rams after Brees injured a ligament near the thumb on his throwing hand while attempting a pass. Brees was unable to grip a football without pain on the sideline after the play.

Payton said the surgery will take place in Los Angeles. The Saints are in Seattle this week.

Payton said Wednesday morning he likely will not announce a starter going into the game. Bridgewater started 28 games for the Minnesota Vikings in 2014-15 before a serious knee injury. He signed a one-year, $7.25 million deal to stay with New Orleans in the offseason.

The Saints also have Taysom Hill, who has played a variety of positions for the team the past two seasons, including quarterback.