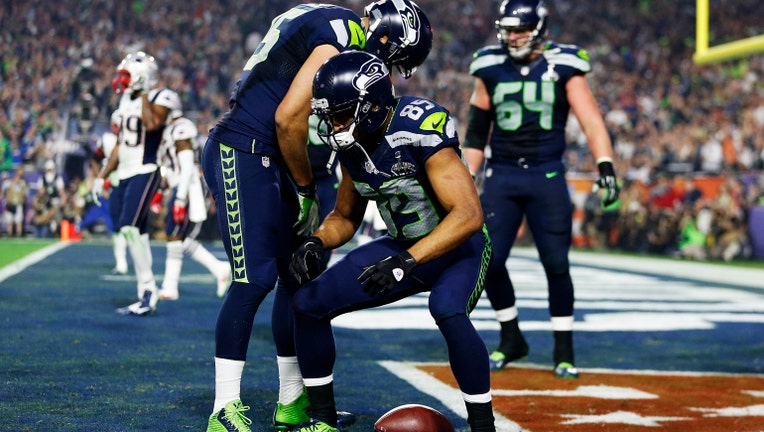 Baldwin was fined $11,025 for pretending to drop his pants and mimic using a toilet following a touchdown in the third quarter of the Seahawks 28-24 loss to the Patriots on Feb. 1. The team was penalized 15 yards for the move, which was not shown on TV.

On Monday night, Baldwin spoke to "The Barbershop" radio program on 710 ESPN Seattle. He apologized to anyone he offended with the move, which he said was indeed intended for Patriots cornerback Darrelle Revis.

"I do regret the fact that it cost my team 15 yards, and to the fans, ultimately I apologize to anybody I offended in any way," he said on 710 ESPN.

Baldwin went on to explain the touchdown celebration was just "a reaction" and that if he could go back, he  "would take it back."

"Obviously there was competitive stuff going on in that game, and in that moment," Baldwin told The Barbershop. "I just let out what I felt personally."

Previously, Baldwin told the Everett Herald he had no regrets about the move.

“I was just out there having fun playing the game of football,” Baldwin told John Boyle of the Herald. “There’s no explanation. You play this game for so long, you go out there and you have fun. I can get criticized for it, that’s fine, everybody has their opinion, but in the moment I was just having fun. My teammates know that.”