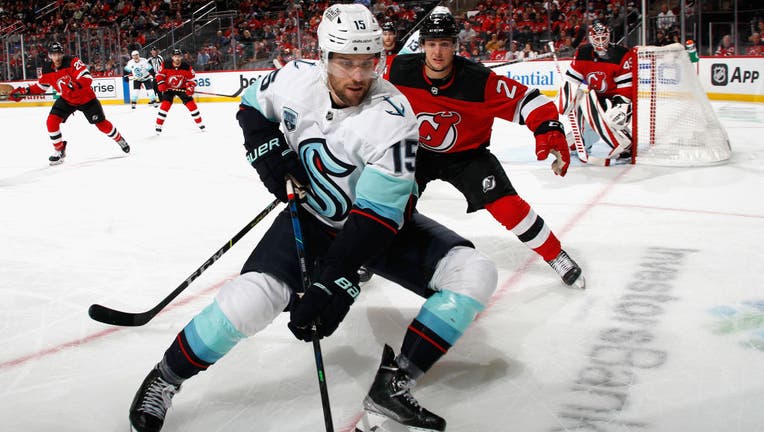 NEWARK, NEW JERSEY - OCTOBER 19: Riley Sheahan #15 of the Seattle Kraken carries the puck away from Colton White #2 of the New Jersey Devils during the third period at the Prudential Center on October 19, 2021 in Newark, New Jersey. The Devils defeat

The Devils won their second straight to start the season. Seattle slipped to 1-3-1 on its five-game road trip ahead of its much-anticipated home opener against Vancouver on Saturday night.

Jimmy Vesey added a goal and Pavel Zacha scored into an empty net with 20 second left to seal the win.

Riley Sheahan and Jared McCann scored for Seattle, which slipped to 1-3-1. Joey Daccord made 28 saves.

Kraken: Host Vancouver Canucks on Saturday in their home opener and the first game of a four-game homestand.