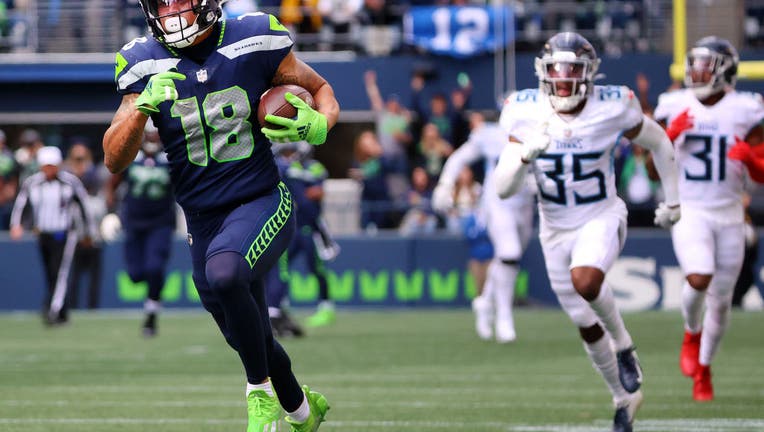 SEATTLE, WASHINGTON - SEPTEMBER 19: Wide receiver Freddie Swain #18 of the Seattle Seahawks is left wide open and scores a touchdown during the second half in the game against the Tennessee Titans at Lumen Field on September 19, 2021 in Seattle, Wash

SEATTLE - Derrick Henry ran for 182 yards and two fourth-quarter touchdowns, Randy Bullock hit a 36-yard field goal midway through overtime, and the Tennessee Titans rallied from a 14-point deficit to stun the Seattle Seahawks 33-30 on Sunday.

Down 30-16 early in the fourth quarter, the Titans leaned on their All-Pro running back, who carried them to a road win on the day Seattle welcomed fans back for a regular-season game for the first time since the end of the 2019 season.

They left in silence, thanks to Henry, a terrific fourth-quarter drive from Ryan Tannehill and Seattle’s own missed opportunities.

Seattle led 30-16 after Freddie Swain busted free from coverage for a 68-yard touchdown with 13:06 left. But Jason Myers missed the extra point, hitting the upright and setting the stage for a wild conclusion in Seattle.

Henry rumbled 60 yards for his second touchdown of the game less than a minute after Swain’s TD catch. His 1-yard run with 29 seconds left in regulation and the extra point from Bullock tied the game at 30.

And when Tennessee needed yards in overtime after nearly ending the game with a safety, Henry had four runs for 21 yards to set up Bullock’s winning kick.

Most important, the Titans avoided an 0-2 start.

Russell Wilson was splendid for three-plus quarters, but struggled in the closing minutes of regulation and overtime when Seattle had chances to put the game away.

Wilson was 22 of 31 for 343 yards and two touchdowns, including a 63-yard strike to Tyler Lockett in the first half. Chris Carson added a pair of short TD runs, but Seattle saw a 24-9 halftime lead evaporate.

It was Seattle’s first loss when leading by at least 15 points at halftime since losing to the St. Louis Rams 33-27 in overtime in 2004 at home. 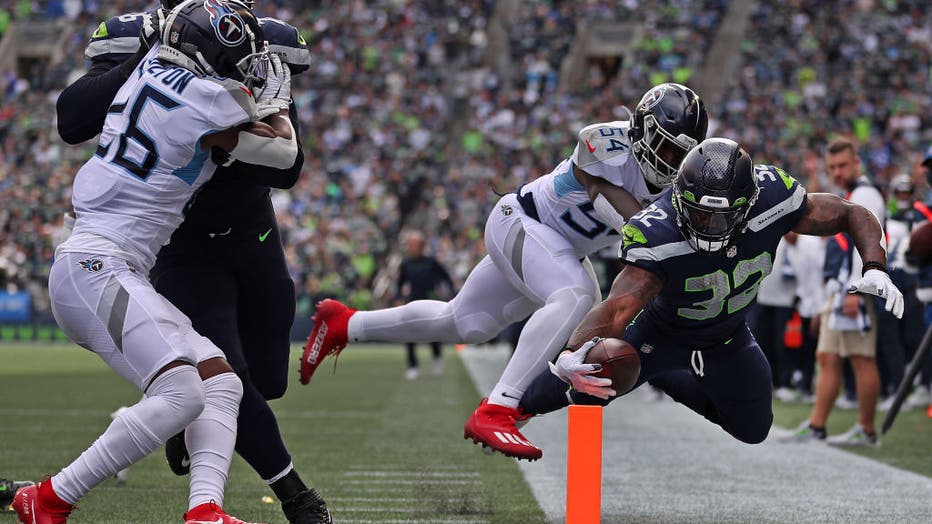 SEATTLE, WASHINGTON - SEPTEMBER 19: Running back Chris Carson #32 of the Seattle Seahawks dives for the endzone as inside linebacker Rashaan Evans #54 of the Tennessee Titans tries to knock him out of bounds during the second quarterat Lumen Field on