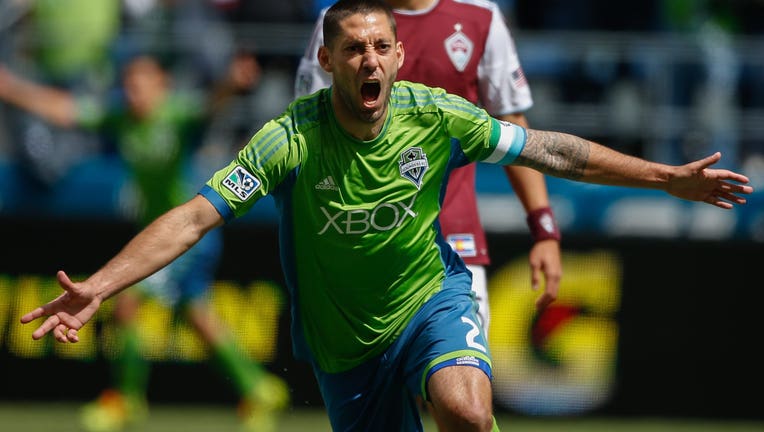 SEATTLE, WA - APRIL 26: Clint Dempsey #2 of the Seattle Sounders FC reacts after scoring his second goal against the Colorado Rapids at CenturyLink Field on April 26, 2014 in Seattle, Washington. The Sounders defeated the Rapids 4-1. (Photo by Otto G

Marco Etcheverry, Linda Hamilton and Esse Baharmast also were voted in and will be inducted May 21 at the Hall in Frisco, Texas, along with Christie Pearce, who was elected last year and deferred her induction. 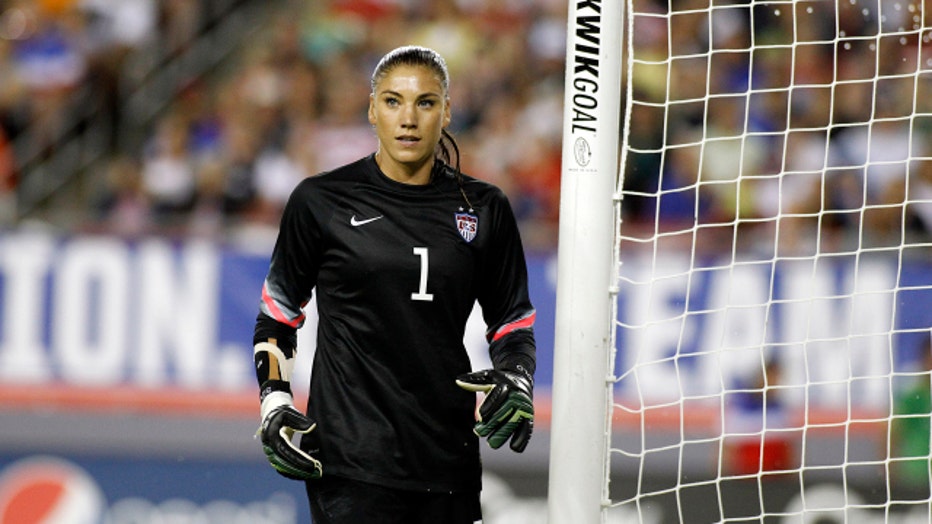 Solo was suspended for six months by the USSF in 2016 and her contract terminated after she called Sweden "a bunch of cowards" following that nation’s quarterfinal win over the Americans. Solo filed a grievance that was settled. Solo also was suspended for 30 days in 2015.

Boxx was a midfielder who scored 27 goals in 195 international appearances from 2003-15. She is among three women who played in all three seasons of the Women’s United Soccer Association and Women’s Professional Soccer and the first three seasons of the National Women’s Soccer League.

Hamilton, elected from the veteran ballot, was part of the U.S. championship team at the 1991 Women’s World Cup and made 71 international appearances from 1987-95.

Baharmast, elected from the builder ballot, was as MLS referee and officiated games between Spain and Nigeria, and Brazil-Norway at the 1998 World Cup.

A person must receive 75% to be elected, with a maximum of three people annually from the player ballot and two from the veteran ballot.