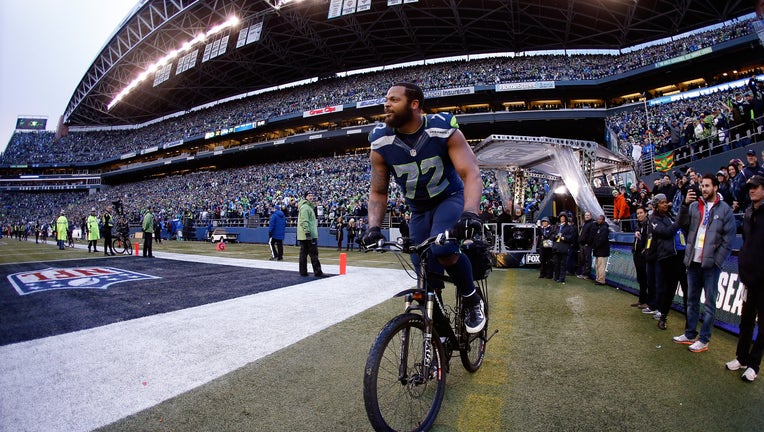 SEATTLE, WA - JANUARY 18: Michael Bennett #72 of the Seattle Seahawks rides a police bike after the Seahawks 28-22 overtime victory against the Green Bay Packers during the 2015 NFC Championship game at CenturyLink Field on January 18, 2015 in Seattl

Michael Bennett, who won a Super Bowl as a defensive end with the Seattle Seahawks and made three Pro Bowls, says he is retiring.

The 34-year-old Bennett played for five teams and was an integral part of the Seahawks’ 2014 NFL championship. He said Tuesday on Instagram that the 2019 season, which he split between New England and Dallas, was his last.

“Retiring feels a little like death of self, but I’m looking forward to the rebirth — the opportunity to reimagine my purpose,” Bennett posted. “I would like to thank my wife and children, who have sacrificed so much for me to succeed. I’m looking forward to supporting them the same way they have me these past 11 years. I have never been more at peace in my life.”

Bennett had 69 1/2 career sacks in 11 pro seasons. He entered the NFL in 2009 with Tampa Bay, then made his biggest impact with Seattle, which he joined for that Super Bowl season. His three Pro Bowl years came with the Seahawks, whom he joined on a one-year deal in free agency before getting a four-year contract in 2014.

Bennett moved on to Philadelphia in 2018, then played six games with the Patriots and nine with the Cowboys last year.

A strong pass rusher, he also was solid against the run and had 10 forced fumbles in his career.