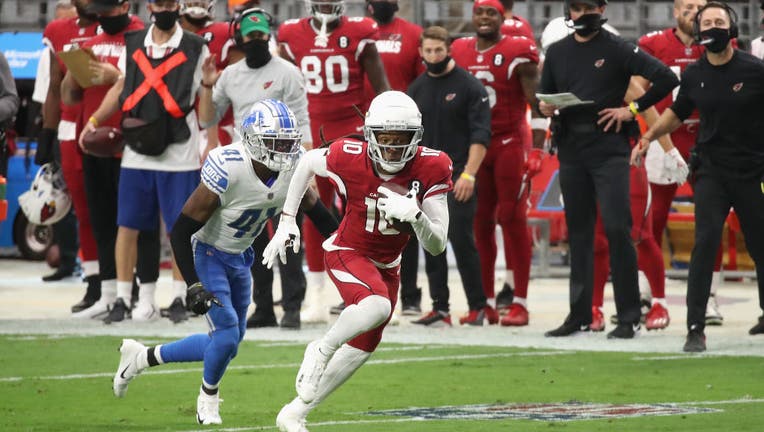 GLENDALE, ARIZONA - SEPTEMBER 27: Wide receiver DeAndre Hopkins #10 of the Arizona Cardinals runs with the football past defensive back Chris Jones #41 of the Detroit Lions in the NFL game at State Farm Stadium on September 27, 2020 in Glendale, Ariz

Hopkins was limited in practice this week because of an ankle injury. The three-time All-Pro has caught an NFL-high 47 passes for 601 yards through six games.

After the game, change the channel to JOEtv (cable 10/channel 22) for a full breakdown on Seahawks Gameday, the official postgame show of the Hawks!