Seattle Mariners Hall of Famer Dan Wilson raised the M's flag on top of the Space Needle before this weekend's wild card games against the Toronto Blue Jays.

SEATTLE - The Seattle Mariners flag is flying high atop the city's most iconic landmark to celebrate the team making it to the 2022 postseason.

Mariners Hall of Famer and former catcher Dan Wilson was on top of the Space Needle Thursday morning to raise the flag ahead of this weekend's American League Wild Card Series on the road against the Toronto Blue Jays. 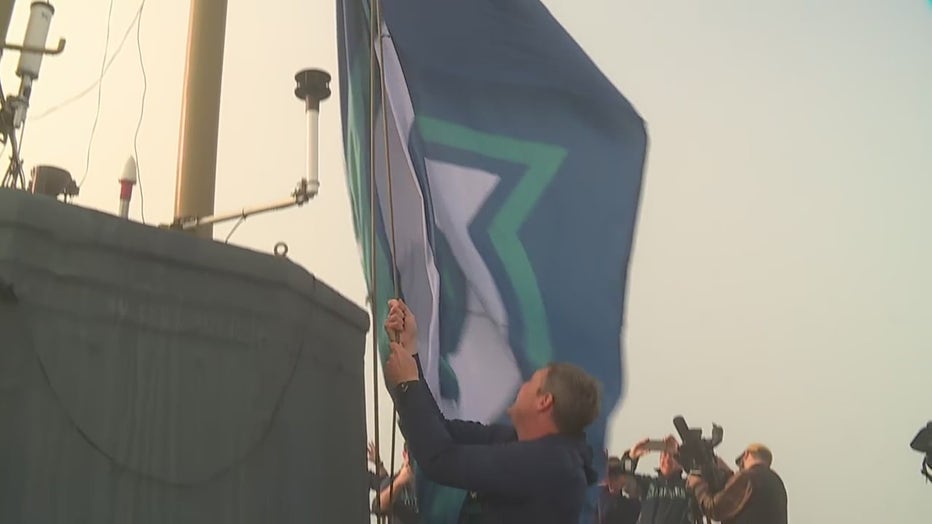 This is the first time since 2001 that the Seattle has been in the MLB playoffs.

The organization also announced Thursday's event at the Space Needle is one of many postseason celebrations throughout the week.

For the first time in club history, the Seattle Mariners are hosting postSEAson watch parties at T-Mobile Park. Watch the M's on the biggest screen in the Pacific Northwest!

The first game of the wild card series is scheduled for 1:07 p.m. P.T. and T-Mobile Park will be hosting watch parties for fans to watch the game on MarinersVision at the ballpark. Details on purchasing tickets can be found here.