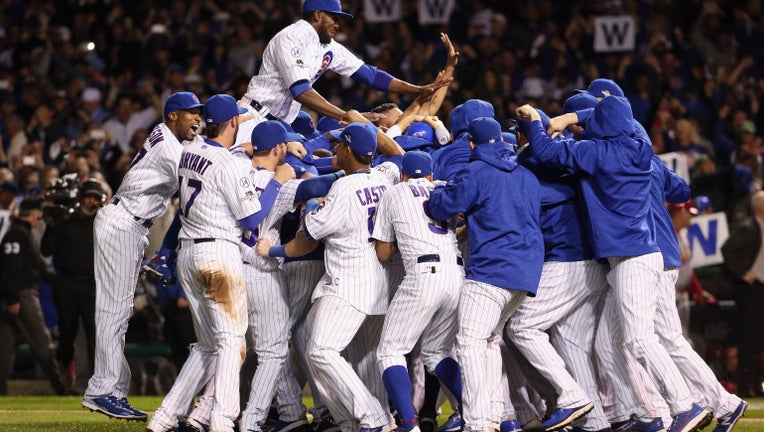 CHICAGO (AP) — The Chicago Cubs clinched a postseason series at Wrigley Field for the first time ever, getting home runs from Kyle Schwarber, Anthony Rizzo and Javier Baez in beating the St. Louis Cardinals 6-4 Tuesday to win the NL Division Series in four games.

A day after hitting a postseason-record six homers, the Cubs hammered their way into the NL Championship Series by taking the best-of-five set before a rollicking crowd.

The Cubs last reached the NLCS in 2003, when they lost in seven games to the Marlins. Chicago dropped those final two at home, including the infamous Bartman defeat in Game 6.