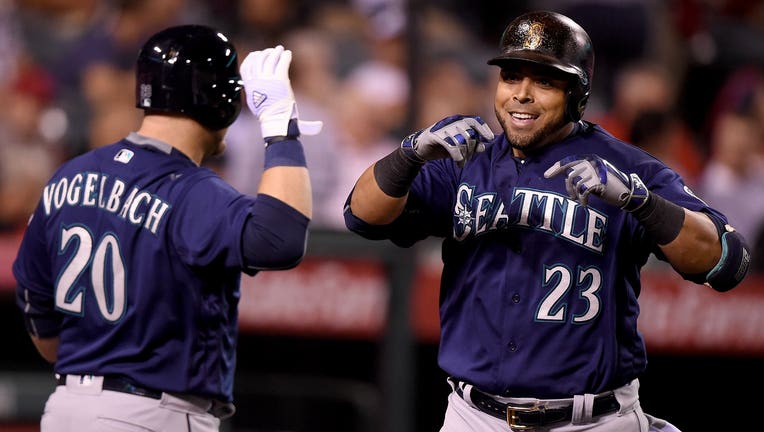 ANAHEIM, Calif. (AP) — Nelson Cruz and Kyle Seager homered to lead the Seattle Mariners past the Los Angeles Angels 2-1 on Wednesday night, extending their longest winning streak of the season to eight games.

The surging Mariners moved within 1 1/2 games of Toronto for the second AL wild card, with Detroit the only team in between at a game behind the Blue Jays.

Hisashi Iwakuma pitched into the seventh inning and earned his 16th win for Seattle (78-68), which completed a three-game sweep.

It's the first time the Mariners have won eight in a row since July 2013. They have the longest active streak in the majors.

Cruz hit a go-ahead homer in the seventh off Jose Alvarez (1-3), his 37th of the season and fourth in four games. It was the slugger's 10th home run this year against Los Angeles, more than any other Mariners player has hit in one season against a single opponent.