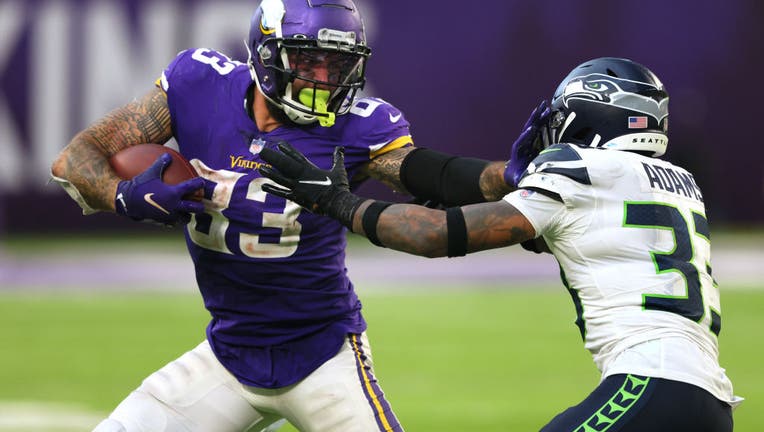 MINNEAPOLIS, MINNESOTA - SEPTEMBER 26: Tyler Conklin #83 of the Minnesota Vikings carries the ball for a first down as he tries to avoid a tackle by Jamal Adams #33 of the Seattle Seahawks in the game at U.S. Bank Stadium on September 26, 2021 in Min

MINNEAPOLIS - Kirk Cousins threw three touchdown passes before halftime for Minnesota and guided three clock-draining field goal drives after that, as the Vikings accelerated past Seattle 30-17 on Sunday for their first win over the Seahawks in 12 years.

Alexander Mattison stepped in for the injured Dalvin Cook and racked up 171 total yards, rushing 18 times for 76 yards in the second half as the Vikings (1-2) seized control with 23 straight points. They beat Seattle for the first time with Pete Carroll as coach and Russell Wilson as the quarterback.

Cousins delivered the type of signature performance to defeat a more-decorated peer the Vikings have been lacking in his four seasons. He went 30 for 38 for 323 yards in his third consecutive turnover-free game. The Vikings lost at Seattle in each of the last three years to stretch their losing streak to seven straight against the Seahawks.

The touchdown passes to Tyler Conklin, Adam Thielen and Justin Jefferson in the first half filled up the highlight reels. But the methodical marches after halftime were just as impressive and important. Even better for the Vikings, Greg Joseph bounced back from his 37-yard miss on the game’s final play last week in the 34-33 loss at Arizona and made all three of his field goals and all three extra points. 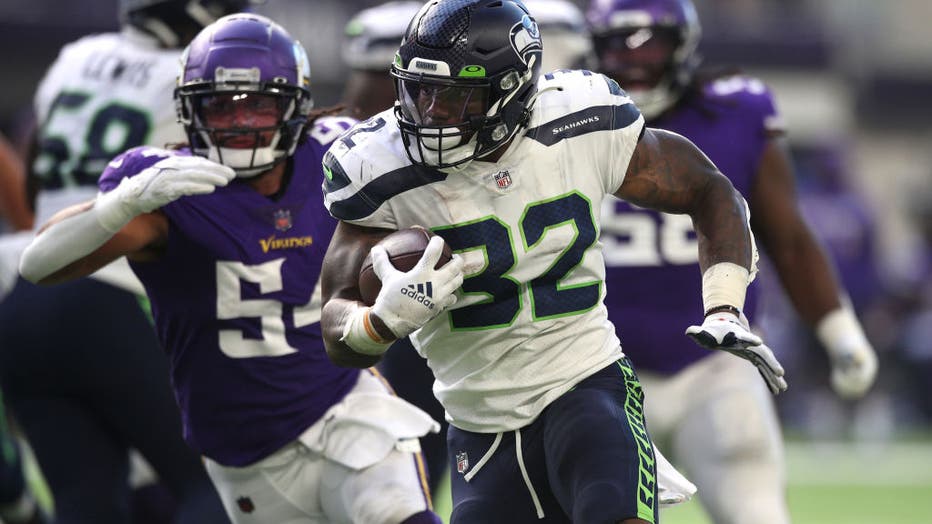 Wilson went 23 for 32 for 298 yards and a touchdown pass to D.K. Metcalf on the first drive, and Chris Carson carried 12 times for 80 yards and a second-quarter score.

Then a 44-yard kick by Jason Myers went wide left, ending his team-record streak of 37 straight field goals made, the fourth-longest in NFL history. The Seahawks never made it past the Minnesota 43-yard line after that.

The Seahawks are 1-2 in the NFC West, putting them in quite a bind if they’re going to make a resurgence to contention.

Seattle’s first regular-season visit to U.S. Bank Stadium was met with the pent-up noise from a crowd that waited 21 months to see the home team and had more than three extra hours to tailgate before the rare late-afternoon start time. Fake snow was sprinkled from the rafters to fit the northland theme the Vikings have embraced since moving in five years ago.

The last time the Seahawks played a non-preseason game in Minnesota was the wild-card round in record-setting subzero cold on Jan. 9, 2016, when Blair Walsh missed a 27-yard field goal for the Vikings near the end of Seattle’s 10-9 win.

Sunlight on this 82-degree day streamed in through the open glass doors behind the west end zone. The other vast difference from that epic playoff game was the state of these defenses, then the class of the league and now struggling. The Vikings aptly recovered from a rough 2 1/2 games, smothering Seattle for 81 total yards in the second half. 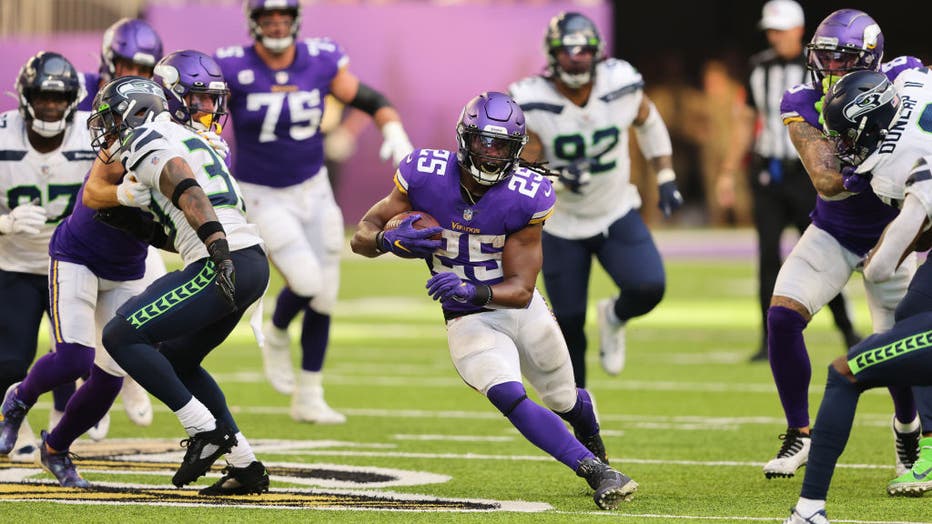 MINNEAPOLIS, MINNESOTA - SEPTEMBER 26: Alexander Mattison #25 of the Minnesota Vikings runs the ball during the second quarter in the game against the Seattle Seahawks at U.S. Bank Stadium on September 26, 2021 in Minneapolis, Minnesota. (Photo by Ad

Vikings: LB Anthony Barr (knee) was inactive for the third straight game. He has not played in more than a year. ... Ihmir Smith-Marsette hurt his toe in the second quarter and was replaced on kickoff returns by Ameer Abdullah.