Both UW and WSU earned a mediocre 6-5 record so far this season. Even still, it sets up a surprisingly even matchup between two squads playing with a grudge.

SEATTLE – This year’s Apple Cup is a matter of pride - the silver lining for one school after a pair of disappointing seasons between Washington rivals.

Both UW and WSU earned a mediocre 6-5 record so far this season. Even still, it sets up a surprisingly even matchup between two squads playing with a grudge.

The Cougars have its best chance to end a six-year drought against the Huskies and that alone is more than enough motivation for the team.

UW is vulnerable to an upset under QB Jacob Eason’s lackluster play. The signal-caller should have picked apart Oregon State and Colorado’s mediocre defenses, but Eason only threw a combined 381 yards, one touchdown and three picks. 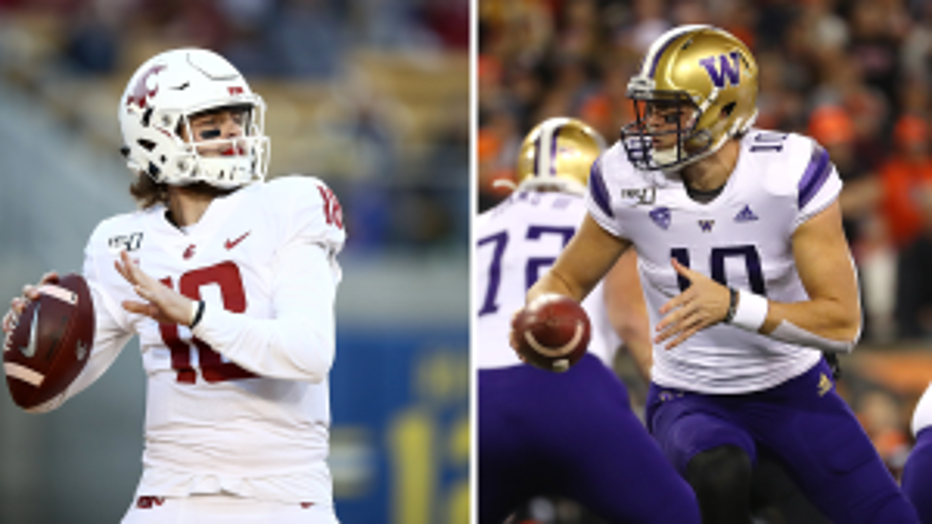 Meanwhile, the Cougs are riding high after surviving a shootout with Oregon State and trouncing Stanford the week before. After a 606 yard, six-touchdown performance last Saturday quarterback Anthony Gordon’s primed to end his college career with a bang.

For the Huskies, the key will be a dominant running game anchored by Salvon Ahmed that will give Eason room to work.

As for the Cougs, the team loves a shootout and would outlast the Huskies if Gordon can keep turnovers to a minimum – easier said than done for a quarterback who’s thrown 14 picks this year.