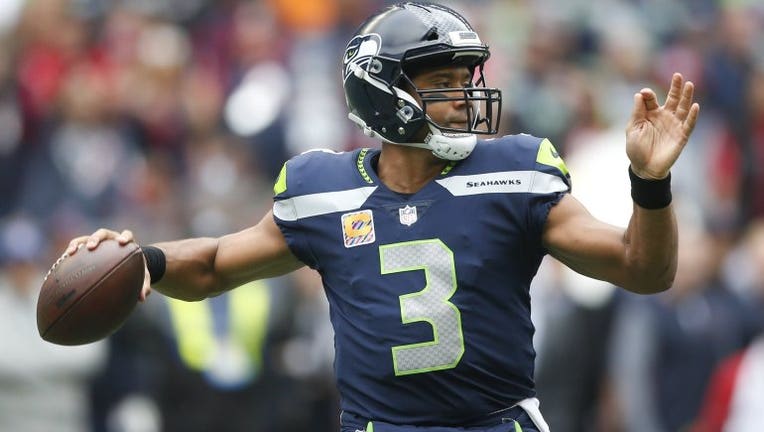 SEATTLE - We’re less than a month into the offseason, and what began as a few rumblings about Russell Wilson has turned into a temblor the size of the Nisqually quake 20 years ago.

While I think the story has merit, I think we need a more measured approach to what we’ve seen over the last few weeks.

What we know right now is this: Earlier this week, Wilson’s agent said that the Seahawks quarterback wants to be in Seattle and has not demanded a trade. But he also mentioned the four teams Wilson would be willing to join if the Hawks decided to trade him.

It was the culmination of weeks of speculation surrounding Wilson’s supposed unhappiness, reportedly stemming from differences in offensive philosophy with head coach Pete Carroll, and his own stated frustrations of getting hit too much and wanting more help on the offensive line.

RELATED: Just A Bit Outside: A Russell Wilson Trade? What the quarterback is saying and what he wants

Then there was the report by "The Athletic" of Wilson storming out of a meeting with coaches last season when his suggestions for fixing the offense were dismissed.

So yes, there is clearly a disconnect and an unhappy quarterback. But that doesn’t mean a trade will happen.

And it certainly doesn’t help when prominent reporters are posting photos asking us which new fit for Russell Wilson would look best.

The fact of the matter is this: the economics simply do not support the Seahawks trading their franchise quarterback under almost any circumstance before this season.

We’ve said it before, but a $39 million dollar salary cap hit this upcoming season or split over the next two seasons, is foolish and almost untenable for a team that wants to compete for a championship every year.

Pete Carroll knows this – and it should be incentive enough to figure out a way to make it all work.

Carroll and Wilson have worked together for a decade now. Rather than agents leaking information like gossiping schoolchildren passing notes in home room, these two multimillionaire professionals need to get on the phone or meet in person and hash things out. 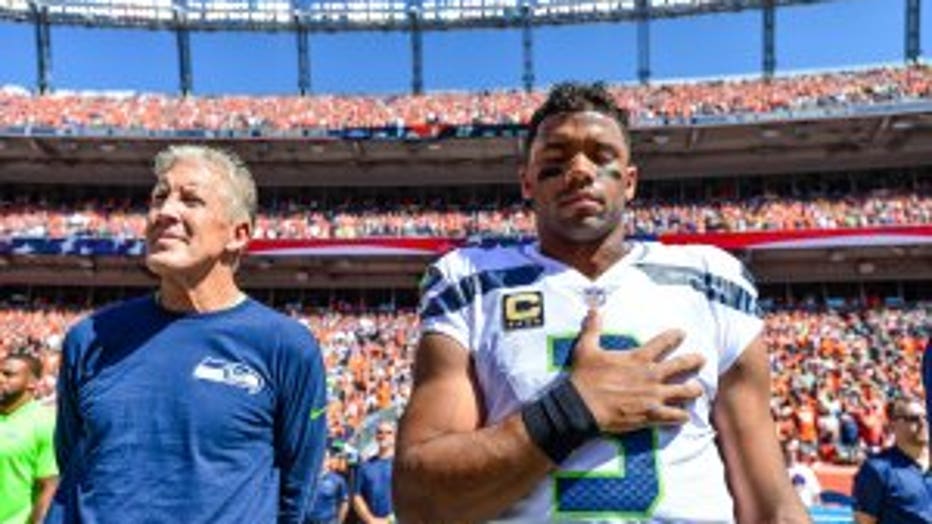 Because what has happened instead, is this portrayal of Wilson as some prisoner being locked in a tower like Rapunzel, begging for freedom from some omnipotent tyrannical villain.

I mean, a ProFootballTalk article just this morning portrayed Carroll as answering to no one and having sole discretion over all team decisions. I have a hard time buying that, given John Schneider’s willingness to recently sign a contract extension that keeps him partnered with Carroll in a collaborative effort running this team.

Even Wilson – fully knowing Carroll’s approach – signed a second extension with Seattle two years ago. He is being handsomely paid – and part of the responsibility that comes with it, not to mention being a leader, is finding compromise without airing grievances publicly.

And even though Wilson might want more input on personnel, he’s not being completely shut out. By all accounts, Wilson was involved in the hiring of new offensive coordinator Shane Waldron. He has a great relationship with Carl Smith, his former quarterbacks coach who reportedly is returning to the team. Rather than continue to have your camp promulgate discord and media speculation, it’s time to focus on mending fences.

There’s no benefit in letting this issue spiral any more than it has – especially during an offseason when the media circles these types of stories like sharks.

Common sense says Wilson will be a Hawk this season. So rather than fight the fight in public, it’s time for both sides to find that common ground.